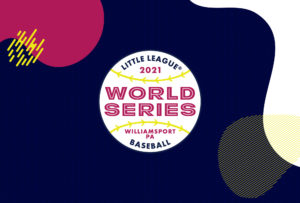 Summer is the best time of year for me specifically. With the exception of a 2020 that everyone would like to 86, it is a time that brings people together in so many ways. For one, in 2021, artists are starting up tours beginning in the coming weeks and extending typical end dates a little more into fall than usual. Sporting events are starting to reopen to full capacity and most, if not all stadiums, should be that way by the end of summer. Concerts and sporting events bring people together, and usually set aside political differences and replace them with much more remedial differences like song selection for the playlist for an artist’s show or team allegiance via competition. It usually is not anything “personal” just blind selfish melodramatics that come with the territory we choose to engage in.

One event in particular reopened this year, though, maintaining many precautionary measures in order to keep the even a go. The Little League International World Series, of which is held in Williamsport, PA, will go on this year with a few irregular tweaks to years past. First of all, it will have a decrease in nations allowed to participate and will really focus on the American born teams for the tournament. They have cancelled all World Series Tournaments for the levels of play that are not the standard Little League Tournament (which is 10-11-12 year old kids).

This is a bit personal for me, maybe not for the average reader. This impacts more than just the players involved at every level worldwide, but it impacts those who volunteer to umpire for the tournaments as well. In 2020, those selected in the fall of 2019 to be World Series selected umpires originally had their selection deferred to this year. When Little League formally decided on this year’s format, they provided the option for umpires to defer their selection another year at all levels. In theory, this makes complete and total sense.

Little League divisions between softball and baseball that have a World Series is divided into two sides- the standard LL with kids up to 12 years old, and other leagues with kids 13 and up. As an umpire, you are allowed to umpire one world series in each segment, but never the same segment twice. I am qualified for a Senior League World Series in baseball. I can call a World Series for the 13+ year olds in baseball once. I can end up qualifying for the same age group in softball, and the 12-year-old and below group in both softball in baseball, but never any of those twice. Williamsport is a particular experience in itself. Aside from the television cameras, the town is really shut down for a week and every activity revolves around this event. Parades, meet and greets, and interviews for media sources fill the celebration that is the Little League World Series.

This year is different. While we should all be used to not being in the norm, this is one tradition that has made a multitude of us angry in the Little League Umpire world. The announcement for assignments for the tournament went out earlier this week. As most of us involved love reading every bit of news that comes out, especially about the umpires associated, this was something that angered many of us.

We celebrate each other. We look to pass the torch in Little League as umpires. We want everyone to have fun, succeed, take the role seriously but not so much one’s self. Those who have been there pay it forward by telling the stories, mentioning the expectations, taking a focus on improving strengths of one another as to have a great showing by the umpires during tournament play- especially when it is televised. The list of assignments this year was chalked full of those who have already had the once in a lifetime experience.

It was a kick to the gut for many. Not because we didn’t get selected- heck, I don’t even have a recommendation for the LLWS for 12 years old and below. We were and are upset at the decision to bypass the regional committees who help select umpires for recommendation to the World Series’ for new umpires who have qualified with the proper recommendation to just assign certain individuals that have already had their time at the top. This wreaks of politics behind the scenes. This shortchanges those who maybe deserved their once in a lifetime opportunity. I am at the point where the ONLY excuse that may make sense for this type of thinking, and the resulting action is that the week may be somewhat of a shell of itself compared to years past with all the precautionary measures taken due to the pandemic.

We have known for a good amount of time how that week was going to shape up. There was plenty of time to open back up evals for slots that got deferred for those who can call. Except for one guy on that assignment list who I absolutely despise for being a huge tool, the umpires who are getting a second World Series are good people. And frankly, I can’t even blame any of them for accepting if they were asked, but I can blame the person or committee who allowed the concept in the first place. All reason, including the previously mentioned are nothing more than excuses.

I wish the kids good luck, and I hope the tournament goes off very well. I hope the umpires do indeed perform well, have fun and operate with our normal motto, “don’t suck,” but how this decision came to be seems to be the opposite perception of what Little League truly stands for from top to bottom.