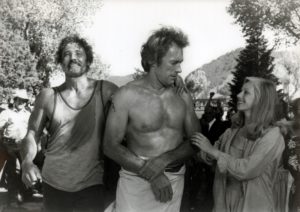 In a career spanning more than 75 years, Smith appeared in almost three hundred feature films and television productions. He was known for his tough guy roles. He is notably remembered for squaring off against one of Hollywood’s other leading tough guys, Clint Eastwood, in ANY WHICH WAY YOU CAN.

Ringside Report sends our condolences to William Smith’s family during their time of grief.