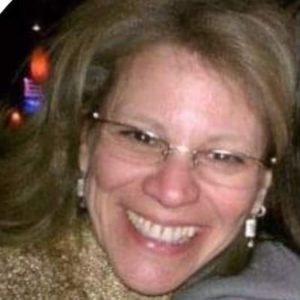 We had a massive library, growing up. The hallway was a long passage before arriving to the rest of the house. It had custom built wall to wall shelves, that contained Magick, Mystery, World Knowledge in every field and in every single subject offered by Columbia University, where students would dump their entire curriculum’s worth of books in the garbage; upon graduation. My Father, working his 3rd job as a janitor, would scoop them up and bring them home.

We weren’t allowed to watch TV during the week no matter if it was during the school season and especially at summer time. Instead, my mother would go to the pharmacy on 123rd and Broadway and purchase study books, which my sister and I, adored. So, between the study books and all the interesting college level material my father brought home, we were set. We’d look up all the unknown words in our vast array of dictionaries. Their garbage became our treasure. We knew the entire Gray’s Anatomy by first grade, or so we thought.

Sometimes there were other books mixed in, books that were meant for grownups, but having two parents who were delighted to see our heads encapsulated by what they thought was essential knowledge, it made it a non sequitur, period. “The Fear of Flying” knew no bounds.

One of those books was “If A Man Answers” by Winifred Wolfe. Unbeknownst to me, it was a current film played by Sandra Dee and Bobby Darin. If you ever have a chance, check it out. It’s a comedy about a rich socialite who marries and later attempts to train her husband to be a “good boy” by using the same methods she’s learned on how to train her unruly pup.

It’s a splendid comedy and a method that I can attest works to a certain degree. If you’re nice to others, they’ll be nice to you and you won’t get bitten, unless it’s your cup of tea.

This came up because I’m pet sitting my niece’s beagle pup, who is known to be as unruly as all “get out”, but in the few days that he’s had me here steadily, he’s learned to calm down and take it easy. I approach him as a newborn wanting nothing but love, cuddles and nourishment.

He’s a barker, so I explain gently what’s happening. That’s what he wants to know. When you calmly explain that it’s just a noise or describe and undemonize the terror, all’s well in Quiet Town.

You can also use this same approach in other relationships. Is your boss being a tyrant? Use your words and ask him: What’s up? If he asks you why, let him know how he’s coming across and ask if there’s anything that needs to be addressed. Perhaps, it’s not about you and there’s something going on with him. If so, see the humans before you and be there for them.

Of the many Scum Buckets I encountered as bosses, there was one Individual who was a real Piece of Work. What I didn’t know was that she had a 5 year old at home with a life threatening heart ailment. My views of her changed once I understood her often misplaced venom. This same person asked me to help her write her exit letter when she retired from the Firm. The understanding I silently gave allowed her to approach me, somehow knowing she’d be welcomed in my arms, in solidarity. I didn’t pity her. As a mother, I understood her. I didn’t know when or how it happened, but she seemed to soften — or was it me?

Take a stand with the barkers in your life. No need for a rolled up newspaper, that’s equivalent to traumatizing puppies and children, who; then, grow up all fakakta, as the boomer generation surely did, then you turn to dog training books and psychology to try to undemonize them. Ha! Good luck.

If you really want the answer, it’s love.

Pour it on everything. If your creepy boss has beautiful eyes? Concentrate on that one good thing and love that.

Find what there is to appreciate and be grateful of, for everything. Your heart works. You can breathe. You can see. You’re walking. Take it from there.

If you find that you refuse to accept; even that, and have automatic answers which you have been marinating in for some time now, reciting why this doesn’t work for you, wherever you go, there you are.

So, love yourself first, and know that whatever belief is at your core, your life will follow your orders and play it out for you, possibly depriving you of your given right to be happy. Are you really going to allow your ego to win?

Love thy neighbors as thyself.

Do I need to say more?

I have loved & respected this brilliant compassionate man for years who even in death is #MovingHumanityForward.

My sincere message to anyone who thinks their voice doesn’t count… Add yours to mine & many others to accomplish this:

@RonFilipkowski In full make up and hair.