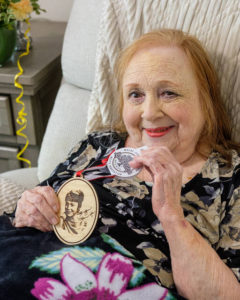 Actress Betty Lynn, who was best known for playing Barney Fife’s girlfriend Thelma Lou on THE ANDY GRIFFITH SHOW passed away October 16, 2021, in Mount Airy, North Carolina after a brief illness. She was 95.

Betty Lynn was born Elizabeth Ann Theresa Lynn on August 29, 1926 in Kansas City, Missouri. She began her career in radio as a member of the cast on a daytime drama on a station in Kansas City. Lynn also performed on the stage appearing in the Broadway productions “Walk with Music” (1940), “Oklahoma” (1943), and “Park Avenue” (1946).

Ringside Report sends our condolences to Betty Lynn’s family during their time of grief.