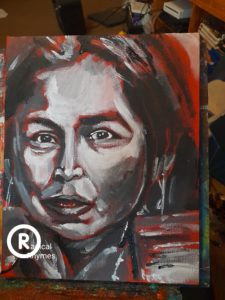 This is a topic I know a lot about, and I think we all do to greater or lesser degrees. It’s an occupational hazard in a consumer society. Every new purchase gives a little buzz which fades over time, necessitating another acquisition, and then another ad infinitum. It’s what capitalism feeds and depends upon.

Here, I want to talk about a more profound experience.

Growing up in a council estate (public housing) in the 1980s was difficult for a number of reasons. For one thing, it signaled that you were either poor or struggling, which Thatcher only underlined with her ‘right to buy’ scheme. Surely the least impoverished paupers would elect to buy their homes. If they couldn’t then they must be scum.

Another feature of living there, was the assumption that you must be scum in another way. A thief or a mugger or some kind of criminal. Of course, this was never true. Most of the people who lived there were good souls, but they (we) were all damned by association.

I can’t talk about how others experienced living there, but for my part one of the outcomes was that I was treated by most teachers as if I was stupid. Sadly, I came to believe they were right. So, I opted out, didn’t try, left school uneducated and largely uncertified.

It took me until my early twenties to get the impetus to try and catch up. I went to university as a mature student, thinking that it would be a smash and grab raid – get a degree, three years in and out, then on to a better job. In the end I stayed on, got a post graduate diploma and became an academic.

But the means by which I chose to challenge the stupidity, ultimately, was to enroll in a doctorate. My supervisor recruited me during my second year as an undergrad. He came from a very similar background and saw something of himself in me.

It was hard. Not least because he took up another post before my research began in earnest. The next person they assigned to me was never going to work out, which meant that not only did I pick up his teaching (basically, I was a full-time lecturer during my postgraduate years), but I worked on without any supervision.

It was a mountain that PhD. A scary trek that my family carried me through, but which nearly broke me. A number of times I considered throwing it in. Once I even went for an interview at a call center. You see, I felt unworthy, I still felt stupid, and I had no-one officially to advise me.

Eventually, with a few months left, the university gave me a supervisor.

Handing in my work to be read for the first time was nerve-wracking, but he was impressed. He told me I should be ready to submit in four weeks. It took me eight, simply because of my lack of belief.

The oral exam – the viva – was straightforward though it felt like an ordeal. And this is where the anti-climax comes into play. I remember sitting in the pub afterwards with friends, colleagues and family and feeling completely flat.

I’d expected to walk through the door as a doctor of philosophy and to move from black and white into a world of dazzling color. Just as Dorothy stepped into the land of Oz. It certainly didn’t happen that way. What I realized was that nothing would fill the hole inside me, that a PhD was not a ladder to enlightenment, even if it did change the perceptions of other people.

It’s only now that I am able to feel proud of my achievement. I did climb the mountain, it’s just that the view was not what I thought it would be. Nothing can heal you until you know what the problem is, where the lack is, and even then, there’s no real cure. You can seal up some of the holes, but the rest is just life…