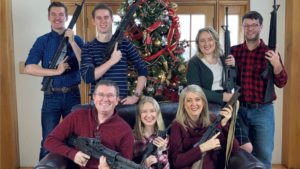 I am kind of lost this time round.

In fact, I have no words.

Up until last week I was unaware of who US Rep. Thomas Massie was.  Recently we became painfully aware of him.

You see, I have still got friends left who are politicians. And not just of one single party, they happen to cross the political spectrum – socialists, social democrats, liberals, conservatives and so on. The one common ground that they share is, common decency.

They also have a sense of propriety and decency.

In short, they know how to behave.

It is an important quality in anyone seeking to represent others. I have sought political office a couple of times but quickly realized that I would not really be suited to public life. Not because I felt unsuited but for reasons that I may not be able to promote the interests of others amongst the vipers who inhabit the political firmament.

And so, in a period of time when once again there is a shooting involving young people where there happens to be a loss of life – this time in Michigan – you would expect that those representatives in the United States who have been elected to demonstrate such probity would know how to promote themselves. They would know when to test the temperature of their constituents and try and be amusing, funny, boastful or proud.

When there has been a shooting, therefore, would it be the right time to break out all the guns, give them to the entire household, have a picture taken with everyone holding a gun and send a message to Santa – bring ammo.

From over here. All three. It hit the headlines in many ways but did not make the national news. It made plenty of people make comment as they stood in awe at the picture. It was jaw dropping We find it hard to understand that the United States continues to have guns as part of their society whilst teenagers are being slaughtered on a regular basis in schools. We do not get the connection to the past and the constitutional right but then again, we were not part of your heritage. We respect it, even though we do not understand it.

It makes some of us who hear of our loved ones suggest they would like a career in the States nervous because, again in ignorance, we are unsure of what they may find themselves walking into. We hope more than anything that people are kind and soft enough to welcome our people into their hearts but shudder if the schools in which children are taught are open to the possibility of a maniac rampaging through it shooting people dead.

Oh, and we do not think arming the teachers would make us feel safer.

We think arming the teachers is a dumb thing to say, do or even contemplate. Because it is.

We have had shootings in our communities. We banned the things that stupid people used to make them happen – the guns.

One day, maybe the bullet will ironically be bitten in the US. Until then expect people looking at Christmas pictures with gun wielding representatives shaking their head and wondering what goes through people’s minds when they think that, in the shadow of the deaths of four teenagers now might be a good idea to send out Yuletide Greetings with deadly intent…
A view from the new Kailyard or, how you look over there, from over here…

Aperitif – A set of dentures