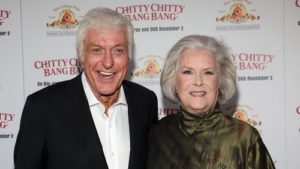 Actress and singer Sally Ann Howes, who starred in the musical film CHITTY CHITTY BANG BANG (1968) passed away December 19, 2021, peacefully in her sleep in Palm Beach Gardens, Florida. No cause of death has been revealed. Her career spanned six decades on stage, screen and television.

Howes was an acclaimed and successful stage performer whose credits include productions of “Paint Your Wagon”, “Bet Your Life”, “Camelot”, “The Sound of Music”, “The King & I”, “Hamlet”, “Cinderella”, “My Fair Lady” and “Brigadoon”, for which she received a Tony nomination for Best Lead Actress in a Musical.

Ringside Report sends our condolences to Sally Ann Howes’s family during their time of grief.