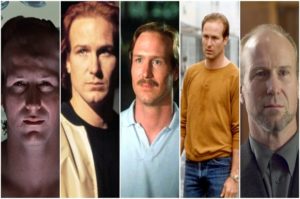 William Hurt, who won an Oscar for his performance in KISS OF THE SPIDER WOMAN (1985) passed away March 13, 2022, of natural causes, one week before his 72nd birthday.

The accomplished film and stage actor attended the Julliard School and was a member of the acting company at Circle Repertory Company and appeared in several stage productions.

Hurt’s first major film role was in the science-fiction film ALTERED STATES (1980), where his performance as an obsessed scientist gained him recognition. He also earned acclaim for his performance in the neo-noir classic BODY HEAT (1981), which elevated him to stardom. Hurt’s incredible range enabled him to be cast in a variety of roles in multiple film genres. Some of his notable work includes THE BIG CHILL (1983), CHILDREN OF A LESSER GOD (1986), BROADCAST NEWS (1987), THE ACCIDENTAL TOURIST (1988) and A HISTORY OF VIOLENCE (2005).

Ringside Report sends our condolences to William Hurt’s family during their time of grief.