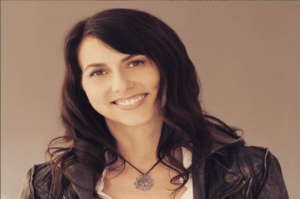 Ringside Report’s Owner and Founder, “Bad” Brad Berkwitt’s, entire platform exists to acknowledge those “moving humanity forward” as well as calling out those whose actions are seen as destructive to our republic.

Today’s article highlights a person known for wearing her heart on her sleeve and given she’s richer than most, she has the ability to move mountains, monetarily.

It is the belief of some that those with wealth such as the Bezos, Zuckerberg’s of the world aren’t exactly “being all they can be” in terms of how they give back, helping the world’s inhabitants to survive, enjoy food, clothing and shelter. I believe in balance, ying and yang. That sort of “thing” for lack of a better word, and thus feel that for every Bezos, there’s a Scott pulling double duty to ease the pain.

Ms. Scott recently shared with us that she has chosen 465 non profit organizations which will be awarded close to 4 billion in total to the most important and financially strapped organizations. This brings hers and her husband’s donations since 2019 to a total of $12 billion in assistance to non profits providing, food, clothing, shelter and health related products and services to the world.

Included within those are:

These are just a few. Scott does not grant interviews. She shares about her contributions personally through her blog post. These are her words regarding what she’s up to:
“Our team’s focus over these last nine months has included some new areas, but as always our aim has been to support the needs of underrepresented people from groups of all kinds. The cause of equity has no sides. Nor can it have a single solution. Supporting people directly experiencing inequities is essential, both because it is informed by insights no one else can contribute, and because it seeds power and opportunity within the community itself.”

$10 million of those dollars given to HIAS were to assist them in their campaign effort to raise $40 million to assist in Ukraine’s current emergency.

Mark Hetfield, the current president and CEO of HIAS, made this statement regarding the funds received:

“HIAS has been working in independent Ukraine for over 20 years, working with Ukrainians and launching a Ukrainian-led organization (Right to Protection – R2P) to protect and welcome asylum seekers from other countries as well as displaced Ukrainians themselves,”

Forbes has documented Ms. Scotts worth to be in the 48 billion dollar range. She is one of the world’s superheroes having signed The Giving Pledge, along with other billionaires who took on a promise to donate and distribute over half of their wealth to aid the world and do good deeds.

We celebrate her and those like her in their efforts to save our planet.