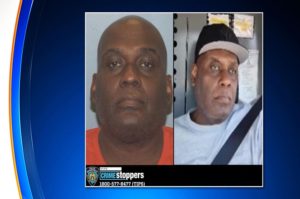 In an update to my last article regarding Tuesday morning’s subway shooting in New York City, authorities have apprehended the named person of interest Frank James as of Wednesday afternoon.

Mr. James, 62, is wanted for allegedly wearing a gas mask and releasing smoke bombs before firing into a crowded Brooklyn subway on Tuesday. Following a 24-hour long manhunt, Mr. James was taken into custody on Wednesday in NYC.

New York’s WABC News reported that officers responded to a Crime Stoppers tip on the NYPD’s hotline of a spotting of James at a McDonald’s, however, when they arrived James was not there. The officers proceeded to drive around the neighborhood and spotted James at St. Mark’s Place and Fifth Avenue where he was arrested without incident. James was then transported to the NYPD’s 9th precinct for questioning.

This seems to be a huge relief for the city that has been on high-alert since the shooting. “My fellow New Yorkers, we got him,” Mayor Eric Adams said. “We got him.”

“There was a clear desire to create terror,” Adams said. “If you bring a smoke bomb or would you bring an automatic weapon with a gas mask and in a very methodical way injured…innocent New Yorkers, that is terror.”

Authorities believe that a jammed gun magazine is what may have saved the lives of commuters. It is still unsure what motivated the lone gunman to commit such an atrocious attack, but witnesses said James was seen mumbling to himself before putting on his gas mask, releasing a smoke canister and ensuing the chaos that followed.

Mr. James fled the scene immediately and according to NYPD Chief of Detective James Essie stated that Mr. James then took the R train that had pulled into the station. He rode it up one stop before exiting at the 25th street station. Afterwards, James appeared at the Park Slope subway stop approximately an hour later before disappearing until Wednesday’s sighting. Investigators have already found a plethora of evidence directly linking James to the attack, including a rented U-Haul recovered near the subway station and footage of him committing the attack.

Mr. James is facing charges under a federal statute that prohibits terrorist and/or other violent attacks in a mass transit system. Additionally, the federal government will be charging him with crossing state lines. If convicted, James is facing a life sentence for the attack that left at least 29 people shot or injured. As of the time of the writing of this article, none of the injuries sustained are life threatening.