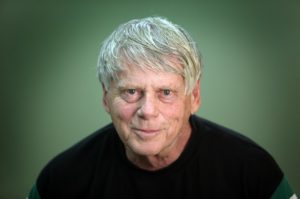 Broadway and film and TV actor Robert Morse, known for his Tony Award winning role in “How to Succeed in Business Without Really Trying” passed away April 20, 2022 in Los Angeles, California, after a short illness. He was 90.

Morse was born on May 18,1931 in Newton, Massachusetts. Upon his graduation from Newton High School, Morse moved to New York City to pursue acting. He spent a large portion of his career performing on Broadway in productions such as, ‘The Matchmaker”, ‘Say, Darling”, “Take Me Along” and the aforementioned “How to Succeed in Business Without Really Trying”.

Morse reprised the roles he played in the stage productions of “The Matchmaker” and “How to Succeed…” for the film adaptations.

Morse also won the Emmy for Outstanding Lead Actor in a Miniseries or a Special for his performance in AMERICAN PLAYHOUSE.

Ringside Report sends our condolences to Robert Morse’s family during their time of grief.