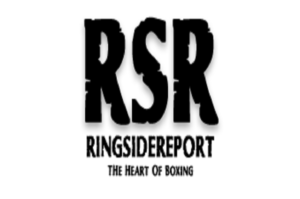 Oh, what a night…

Saturday the 23rd of April 2022 at Wembley Stadium, over 94,000 fans in full voice to see the homecoming King adorn his throne and produce the performance of his career. Despite the weight upon his shoulders, they did not buckle. Instead, it was Dillian Whyte who buckled as he was floored by another uppercut by the Gypsy King, Tyson Fury, who defended his WBC, Ring Magazine and lineal titles.

Like many I thought this was a genuine 50/50 fight. Fury tipped the odds from the first bell, and we ended with a dominant display of a man in his prime. He pushed Whyte away from him as well as any doubts over his abilities. This was not a man damaged by a long career. This was not a man who looked as though this was his final hurrah. This was a man who was there to show his skillset and tease us into wanting more. We shall demand more but he may not be willing to go beyond the dance of the seven veiled threats of retirement and finally hang up those gloves. His knockout win came in the 6th round seconds before the bell.

With $1 Million bets between two promoters – Eddie Hearn and Jake Paul – over the Taylor/Serrano fight, the return of Tommy Fury on the Fury/Whyte undercard seems like small beer. Jake Paul’s long lost social media buddy beat Daniel Bocianski, on points. This was a fight that began scrappy and then built towards a very decent points win that was comfortable for the other Fury. It was a real fight against a handy opponent for a professional fighter. Fury is bubbling nicely and to be honest, I am tiring of the Jake Paul pantomime. Fury has better prospects to face and a career to have. Having the Jake Paul fight makes money but not much else.

The WBC silver featherweight contest between Isaac Lowe and Nick Ball ended in the 6th round with a win for Ball – against the odds! The Commonwealth, British and IBF European title fight between Ekow Essuman and Darren Tetley at welterweight was, only on paper and not in the ring, a more obvious result with Essuman winning on points, though Tetley worked Essuman hard, and it was, genuinely close.

Over here in the UK we know history in the making when we see it and tonight, Saturday the 23rd of April, we have arguably the biggest fight in women’s boxing – and there are now quite a few contenders. At Madison Square Gardens, headlining, is the WBC, WBA, WBO, IBF lightweight title fight between Katie Taylor and Amanda Serrano. The weigh ins have been done and the respect between an unbeaten pioneer of women’s boxing alongside the seven-weight world champion has been shared but now it gets serious. Now it gets real. We can believe in the UK that Taylor is one of our own, but this proud Irish woman is not. She is an Irish sensation but somebody who has built her career in the UK, so we feel as though we are very much part of her journey and look forward to being part of her legacy.

Over her last few fights people believe she has slowed down and shown some frailty. Serrano certainly feels she can exploit that. She thinks she can see something in there which can be challenged and changed to her advantage. We think Taylor wins, probably widely on points.

The portents are not great for the last time she was in the Gardens Taylor struggled against Delfine Persoon and many, me included, felt she lost that fight. Her legacy is secure, but her pride will not let her falter. I think she does win but the career is coming closer to an end than a beginning so what comes next is as fascinating as this fight is… what a journey to follow.

Whilst our eyes are on Saturday the 23rd of April, in New York, we have the unification fight at super featherweight between Oscar Valdez and Shakur Stevenson at the MGM Grand, Las Vegas on the same evening. This is for us quite a simple equation that always comes out with a Stevenson win. We have Zelfa Barret, a man with a win over Kiko Martinez in his past, who will be looking to make an impact in 2022 at world level so this could be intriguing for us but we sill think Stevenson will have too much for Valdez.

Fittingly on Saturday the 23rd of April, on the undercard of the biggest women’s fight in boxing comes another female title fight in Madison Square Gardens between Franchon Crews Dezurn and Elin Cederroos for the WBC, WBA, WBO and IBF super middleweight belts. This looks very tasty and should serve as an incredible unification battle – two in one night, like the women are trying to ell the men something! There is so much to debate between Crews Dezurn who has only lost to Clarissa Shields professionally and has a sterling amateur pedigree and Sweden’s Cederroos who has the better resume professionally as she has faced higher level opponents, finding a way to beat them. Here she might just do that again.

Again, I am back at the Gardens on Saturday the 23rd of April and in only his second professional fight, in the bright lights of Madison Square Gardens, flyweight Olympic Gold Medallist, Galal Yafai takes on Miguel Cartagena for the WBC international title. It’s Yafai’s second pro fight and he is the massive favorite for this. I can actually say no more… apart from time to witness a true star in the making.

Although British eyes are cast west towards the States for most of the weekend there is another card in the iconic York Hall, London during the weekend – not quite as iconic as the Gardens, but certainly as important…

In Wolverhampton we have the EBU female title fight between Kirstie Bavington and Timea Belik.

Small hall shows during the week in Glasgow, Stoke-on-Trent, Maidstone and Cardiff.