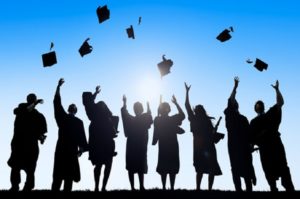 College admissions decisions for the high school class of 2022 have been received and only a few will still trickle in by May 1, 2022. We recently got back from a trip to tour a few schools and towns with hopes of helping our son make his final decision. I was both excited for him and anxious over the amount of factors to consider. I wondered how other parents and students were feeling as we walked past them on our tours. The stress isn’t stopping kids from applying, that’s for sure. According to the organization that runs Common App, the number of college applications increased 10 percent from the preceding year, which was already up 10 percent from the year before. Over the past two decades, the number of applications submitted to colleges has increased more than 150 percent, even as the size of high school graduating classes remain stable. At the most competitive schools the selectivity is something stressing students out and unfortunately leading them to needlessly apply to multiple colleges.

The overwhelming majority of colleges will admit most students who apply. Jenny Rickard, president and CEO of the Common App has said, “students come to the Common App thinking they aren’t going to get in anywhere, but they will.” Yes, there are plenty of spots out there, just not at the small set of elite schools whose freshman classes have barely budged in size in the last few decades. They’re keeping the size small and most students getting in are legacy students anyway. Colleges could alleviate the congestion and stress they create, but who am I kidding? First, colleges need to be straightforward about all of their selection criteria. Although the average four-year college in the U.S. accepts 60 percent of applicants, many schools indicate they are more selective than they are. They tell prospective students that they practice “holistic” admissions, considering factors beyond grades and test scores.

I read this so many times but tried to figure out how are they going to measure qualities that aren’t quantifiable. Watching my son list his extracurricular activities and awards, write essays, and include letters of recommendations made me hate the whole process. I do favor a method that focuses on the “whole student” and not only GPAs or test scores, but I watched my son and overheard many of his friends question whether they had done enough. I felt bad for the students who don’t have a supportive parent or even reliable internet at home. The lengthy application forms and fees start to add up and can easily place an unfair burden on students and parents. There must be a better way, I kept thinking. Then I read that last year, some 700,000 seniors who opened Common App accounts never even filed an application for college. Typically, those students tend to be lower-income, first-generation, and from minority backgrounds as Don Yu, the vice president of policy and advancement at the Common App, said. I can imagine some teens thinking they aren’t going to bother their parents with a process they themselves can feel intimidated by.

My son was pushing right on through it all while I tried to read books, watch YouTube videos, and talk to other parents in order to offer words of advice and encouragement. I’d do whatever possible to help my kids, but I’m also fortunate to have the flexible schedule to investigate what he’s doing. What if both my husband and I were too busy to lend a hand or give guidance? Would the school counselors really have the availability to guide him? On top of this, we found more colleges are filling up their incoming classes early to reduce the uncertainty of regular decision cycles, in which students might be weighing acceptances from multiple schools. I was both fascinated and annoyed by this whole phenomenon. Our son received early acceptance letters from a couple of the schools he applied to, but it didn’t relieve stress, it added to it. I read one parent’s comparison of this college application process to the Hunger Games, and I agreed. It was a dystopian covid-19 world where teenagers are chosen at random to fight to the death for coveted spots in colleges we can barely afford anyway. I thought it was too much and I had to intervene at times—reassuring my son that his high achieving school career was not why I loved him. He always seemed a step away from pulling out his hair and I felt for him.

“We should be looking at our application process hard, every hoop we ask students to jump through,” said Stephen Farmer, the vice provost for enrollment at the University of Virginia. “There are a lot of assumptions that we make about things that matter and they don’t.” The race is on because so many colleges filled most of their freshman class before regular decision in the spring. Barnard College finalized 62 percent of the seats in this fall’s freshman class before regular-decision applications. Boston University filled about 50 percent of its class early and The University of Pennsylvania filled 51 percent of its class early this year. Highly selective colleges like to talk about how they “craft a class,” but let’s not kid ourselves about that. The schools are not choosing a class as much as they are sending out invitations to join a class. In the end, we need changes to the application process, so the high school experience is less a game of jumping through hoops for the college application and more about learning who you are, making friends, joining student government, enjoying homecoming, taking interesting classes—in short, a more meaningful experience. It would still prepare our teens for college, but without the stress and heaps of elitism.