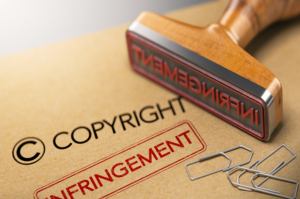 Back in my day the world was different. There were no phones that could record any and everything whenever you wanted to. Rodney King was beaten by the police on March 3rd, 1991. George Holiday was on his balcony and had to go get his video recorder to film it. When he was done filming it, he could not release it on his own to the world. As a concerned citizen his first call was to the police. They were not at all interested in the tape. His next call was to news stations. They were more than happy to share it with the world.

George Floyd was often compared to Rodney King. Darnella Frazier recorded George Floyd’s murder on her phone. When she went home, she later uploaded the video to social media and it went viral. This was during a time we were all sheltering in place because of Covid so the video went viral quickly and outraged the entire world. The cops that beat Rodney King went free for their attack on King but, Derek Chauvin, one of the cops who murdered Floyd, was actually convicted of murder.

One thing I noted during the trial was that the lawyers tried to blame the people filming the cops. They felt like people should not be able to film cops during active situations. There was even a case where a mother, Sharron Tasha Ford, tried to record her son being arrested by the police and the officer told her she had to stop recording. She said she stopped but she was still recording and got almost 15 minutes of video. She was eventually arrested for intercepting oral communication and obstruction. The charges were later dropped.

Recently cops were investigating a car theft and a YouTuber decided he was going to record it. The cops decided they would blast Disney songs to prevent the YouTuber from being able to upload his video to YouTube because Disney does not allow their music to be played without their permission. Copyright infringement is the reason the cops chose to blast Disney songs. One mom came out and asked the cop to turn the music down because she was trying to sleep. These cops were coming to investigate crime; but instead, they were disturbing the peace, a crime, just so they could prevent being caught on tape. Councilmember Johnathan Ryan Hernandez, who lives a block away from where the incident took place, also approached the squad car because he could hear it from his home. He had a discussion with the cop who admitted he blasted the music to prevent the guy from recording him. Mr. Hernandez made him stop and apologize. He also reported the incident to his bosses. In an interview Councilmember Hernandez says he ran for politics because of what happened to George Floyd. His cousin was also killed by police officers. Although he is still trying to get justice for his cousin, he felt if it was the people recording that kept it from being a one-sided story.

I don’t know if cops will eventually find reason to keep the public from recording them but I do feel like we the people should fight for our right to keep cops honest. Copyright infringement is a creative way to keep a video from being displayed but it is not what police should be doing. If they do their jobs right they don’t have to hide from cameras.