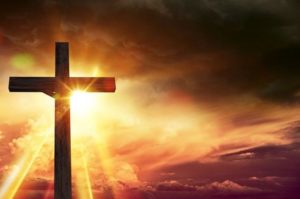 I am not religious at all. I was brought up going to the kirk and followed the rules as much as I could. At school there was only one true religion – the Protestantism which the Church of Scotland preached as we were a “non-denominational” school attached to a Protestant faith.

Of course, there was not much tolerance of anyone protesting at having to listen to it.

I knew little if nothing at all about other faiths. Judaism I knew existed due to studying history. Islam was something in my knowledge because of Muhammad Ali. But I could not explain anything about them and as for Hinduism or Sikhism, I was totally ignorant.

Going to University broadened my mind and exploded my experiences. I found followers of all the religions that were not Christian.

But what I did know all about were Catholics.

I was brought up in a sectarian society where the two principal branches of Christianity have an unbridled hatred of each other. I was a Protestant. We often felt an inbred duty to dislike the Catholics who followed the Pope, according to tradition. In their turn, Catholics, persecuted and discriminated against – in my lifetime, there were signs in pubs in the West Coast of Scotland saying no dogs, no Irish, no Catholics or job adverts stating Catholics need not apply – who resented how they and their forbearers had been treated.

Religious tolerance has never been part of our DNA. Now we are trying hard – some try harder than others – to remove this stain.

I have never ever believed that what one person does to get through their day should be a matter for anyone else other than themselves if it does not impinge upon the right of another human being to do the same. If people want to publicly pray or wear a head scarf or walk around in a burka, if that is their choice they can do so, in my book. If someone wishes to display a cross around their neck as they serve me at the supermarket, I love the idea they have a faith as long as they follow it, but it is not my business if they do or do not. I have no worries.

But to hear that praying has become a matter for the Supreme Court in the US is startling. It appears that Joseph Kennedy, an American football coach is suing for the right to pray mid field after his high school football team plays their games.

(For my European readers, this is not football. For some inexplicable reason the Americans call football, soccer. American “football” is some kind of rugby derivative where a 60-minute game takes 4 hours so they can fit in some adverts and a cast of thousands of players – they seem to always be ready for their close-up Mr. De Mille – and tax their feet for seconds running about a lot.)

In a film from 2006, Mr. Kennedy cites that a state football team from a Christian College did just that and all he is doing, is copying that. Somebody in 2015 witnessed this practice, in which he had been indulging in for 7 years without comment, and reported him. His innocent practice is seen by some as an endorsement by the state of a religion and therefore running foul of many US Supreme Court cases limiting religious activities in public schools.

I don’t often wonder whether state agencies have better things to do with their time but really. Six years on, the arguments are still going.

He has been let go from his position due to his behaviors. There is an argument that, due to some of the media interest there were crowds to witness and participate. There was the very real threat, no doubt, that belief might sprout amongst them, and they may find an inner peace. There might be a discussion formed around the use of religion or an educated (sic) debate infused with knowledge and understanding sprouting forth amongst the congregated few who were in attendance; heaven forfend.

Is it really that flimsy? I mean, I realize that it can withstand the 6th of January storming of Capitol Hill, it can take four years of a technocrat and failed businessman trying to ruin it, but one man on his knees will bring it down?

Well, I suppose there is precedent.

From over here it looks ridiculous. I have read the arguments on both sides and find it very heavy on the significant, but light on the implications. It feels heavy on the law, and ignorant of common sense. Debate and practice in education does not mean endorsement, but the thrust of conservative law makers, to not say, is now seemingly joined by, not to pray. As thinking gets banned, thought becomes state sponsored and then we are all in need of a religious experience… May your God save us from that!

Kirk – a Scottish word meaning church. It is often used specifically of the Church of Scotland.