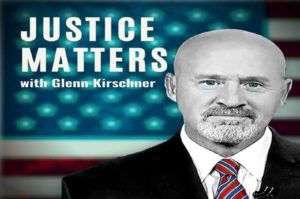 It was great to see Glenn again. I don’t think he gets enough credit for being a legal detective as well as a legal prosecutor.

Buckle up, it came at us with top speed as a Hot Topic interview.

Chants of, “Hang, Mike Pence”, rang out with actual gallows in public view. Glenn lays the case for treason supported by the evidence. I will add why did the D.C. National Guard not respond in those brutal 3 hours? They report to The President and can be activated by the Secretary of Defense, and The Secretary of the Army. Were they off duty?
The June 9th hearings will be anxiously anticipated.

It was further submitted by both gentlemen that a viewing “party” was being held in the White House, with several attempts by Trump’s inner circle to stop it. The carnage continued. It would appear that was the plan all along.

Kellyanne Conway was offered a pardon by Trump. She was incredulous. Glenn helped us understand that many pardons may still remain, and do not have to be disclosed publicly. That was a shocker to me. How convenient. At that time, it was like the Oprah Winfrey Show. “You get a pardon, you get a pardon.” Mob boss behavior?

The American public wants indictments. They are frustrated with AG Garland’s apparent lack of urgency. I think Glenn wants us to understand that there are several paths to explore yet before handing out indictments. Is it one large umbrella, or many smaller ones? He would be more aggressive based what the Mueller report indicated. Glenn would not be afraid to be the first prosecutor to indict a President.

“Bad” Brad asked about crimes against humanity. If Glenn was on the case, how many plaintiffs would there be against the Trump Administration during their handling of the pandemic? He said the evidence would leave no doubt. I would like to see that indictment.

Mr. Berkwitt brought up the subject of churches being political entities. Glenn responded that taxing them made sense due to the profit being realized. I would like to add the story of the plumber finding $600,000 behind a toilet in the wall at Lakewood Church. Nothing to see here?

Near the end of the interview, both men reiterated the importance of voting to save democracy. Insurrectionists are on ballot. Do we want them to become further entrenched in our government to ensure authoritarianism? A very sincere request was made to please vote this November. It will be the most important vote in American history. I am not exaggerating.

I thought Glenn’s closing with the “starfish” analogy was perfect. If millions of starfish need saving, and you save a starfish here and there, are you not making the situation that much better? Moving Humanity Forward. Keep it on your mind and lock it in.