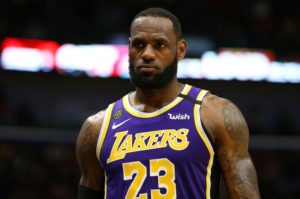 Congratulations to LeBron James for being the first active player in the NBA to become a billionaire. Other players like Michael Jordan became billionaires but none while actively playing in the game.

LeBron James was not supposed to make it to billionaire status, according to his haters. I remember news about him making it into the NBA right after high school. Haters tried to get him in trouble back in 2002 when he acquired a Hummer. They claimed he may have violated his amateur status by accepting the gift. That went nowhere but they still hated on him. I heard commentators say that he would end up broke after basketball without an education behind him.

Oh, how I wish I could ask that commentator about that now. He is probably no longer a thing anymore.

Lebron James is the second highest paid athlete in the world. I can’t help but wonder what Ingraham, who told him to shut up and dribble, thinks. She made him a target of right-wing politics. She was triggered when he said something she did not like about Trump and felt it was her place to tell him he did not have the right to talk about politics as an athlete. Maybe him becoming a billionaire would let her know he is more than just an athlete.

In the past it made me sad to think that little black and brown kids thought the only way to be successful was to be an athlete. Times have changed. Athletes now get advisors and teachers to help them invest their money because of all the pitfalls that used to happen with players. Mr. James has shown the world that you don’t have to just play basketball. He made three hundred million with his Springhill Company, ninety million with his Fenway Sports Group, eighty million in real estate, cash and endorsements brought in over five hundred million to go with his NBA salary that rang in over three hundred and eighty-three million dollars.

Reaching billionaire status is quite the achievement. It makes it a little bit better to know all the haters he had along the way. Congrats Mr. James.