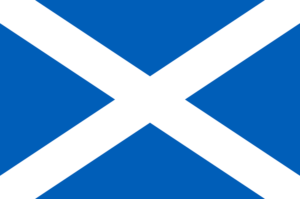 Counting in Scots can be quite the thing for Scots children – weans or bairns as we call them. We start with the old, wan, twa – one two…

Now over the last week, over here, we have seen not wan, but twa reasons why we, as a nation, a proud country would like to be untethered to the tombstone which is the United Kingdom of Great Britain (England, Scotland and Wales) and Northern Ireland. And our First Minister, Nichola Sturgeon, alongside her partners in Government, the Greens, launched the plan for a referendum in Scotland to ask the Scottish people if they agree with her that Scotland should be independent.

But if ever there was a couple of dark art reasons why the British Government have made it easy – here they are.

Firstly, if you seek asylum in the UK, then be prepared to be shipped to Africa. In an inhumane ruling this British Government have decided that illegal asylum seekers, as they would deem them, shall be shipped over 500 miles south to Rwanda. This is a place in the Commonwealth (the former British Empire) who have offered to take thousands of illegals – as deemed by the British State – and take them on.

Let’s say that they are illegal baddies, international terrorists and the like. Why would you offer to clothe, house and welcome them? Would it be the cash you are being offered by the British Government? Is it the same as the time way back in the 19th Century we sent convicts to Australia? Well not really, we did not after all offer to pay the aboriginals…

And how many have been sent? None. Why? Because there have been successful legal challenges to the whole thing, ending with the European Court of Human Rights stepping in and stopping the first flight. On it were less than 10 initially going to Rwanda.

Not only is the whole thing contrary to Human Rights, International Law and an affront to human dignity, the British Government are, therefore, bungling incompetents.

Yin down, the next to go – Northern Ireland, peace and the Good Friday Agreement.

If breaking international law to appeal to their alt-right equivalent over foreign nationals seeking asylum is bad enough, then we have the British Government trying to unilaterally break the Good Friday Agreement because the Protocol they designed and signed as part of leaving the European Union does not work. They care not a jot that legal experts and the European Union are incandescent that they shall break an international guarantor of peace within the Provence to suit their own political ends. Why? Because the paperwork, they claim, being imposed by the European Union, which is denied by the EU, is excessive.

What is not excessive is that the peace enjoyed by a generation of young people in Northern Ireland has happened because people got round a table and ironed out decades, centuries of hurt and pain and had the courage to put it behind them. Such courage is about to be contemptuously ignored by the British Government.

Now the fact is, had the British Government been a good British Government and done things that were good for Scotland and for people in Scotland I would still want Scottish Independence. We have had good Government in the UK before. My belief in independence does not depend upon the fair-weather idiocy of a British state.

But their antics of late have begun to truly convince many, many others. We did not vote for this government. The Conservative Party who are in power just now, have not won an election in Scotland for nigh on 60 years.

We had a referendum in 2014, and we lost. First Minister, Nichola Sturgeon claimed in her press conference that the case to return to that result and reexamine it as a population was based upon not wan but twa things.

Once again, the Scottish people voted for it, last year, in the Scottish Government elections where the majority of politicians returned to parliament support independence.

Secondly, between the recent antics – the Rwanda policy, the Prime Minister wantonly braking COVID regulations and being fined for that by the police, the suspicion that he “misled” parliament over this, the number of companies that were friend of government ministers that made money out of COVID in supplying allegedly dangerous and shoddy equipment, the wreck of an economy with rising inflation and the cost of living spiraling out of control – of the British Government and their hauling Scotland out of the European Union.

The latter, which we opposed, has led to food shortages, excess labor shortages as migrant workers have deserted our industries and the curtailing of free movement of labor and opportunities for our young people to study in European institutions as they could before. We have been stuck in a new reality not of our making.

We need the British Government to sanction a referendum, to grant our solemn wish to democratically decide our future. Otherwise, in accordance with UK law, it would be illegal. How fitting, perhaps, that a democratic vote could be deemed to be illegal in a country where international law is treated with such contempt.
Oh, the auld wan, twa…