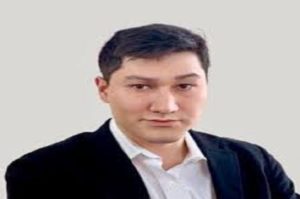 Hugo Lowell appears as a returning guest on The “Bad” Brad Berkwitt Show to discuss the important news stories of the day. Hugo’s work with The Guardian global news organization is deeply respected within his community. I find his close adherence to the facts, and patience to reveal the whole story make him one of the top reporters to keep an eye on in the world today.

Brad asked Hugo what updates he could provide the audience on the missing Secret Service and DHS texts surrounding the January 6th investigation. He replied that at first, it was originally thought that the missing Jan. 5th/6th, 2021 texts were from the former Vice President and President’s Secret Service details only. In actuality, the missing texts have been expanded quite a lot to include many more agents and former DHS officials, Secretary Chad Wolf and Deputy Secretary Ken Cuccinelli. The story being told to various Congressional committees is that agents failed to back up their phones. Secret Service leadership notes an agency wide phone replacement system scheduled to occur around that time frame. Hugo finds the loss of all of that data worrying and suspicious. Jaime Raskin was reported to state, “The committee smells a rat”. I will insert that Secret Service loyalty to Trump was augmented by over $140M in trips to his golf resorts on the taxpayers dime. That’s a lot of working vacations.

Brad asks Hugo about his thoughts on the DOJ investigation into the former President involving top Trump officials. Hugo brings up Marc Short (Mike Pence’s Chief of Staff) and Greg Jacob (Legal Counsel to Mike Pence) being asked about Trump’s involvement regarding the events of January 6th. It is significant because it is the first time we are learning that very high ranking former White House officials are being questioned. It doesn’t indicate that there is an open investigation into Trump himself. The good news is that witnesses have been questioned about Trump since January.

Brad brings up the news about former President directing Mark Meadows to contact Roger Stone and Mike Flynn on January 5th. Hugo thinks this is really interesting information we learned from Cassidy Hutchinson’s testimony during the J6 hearing. Roger Stone is a member of the Proud Boys, and we know that group was involved at several key moments during the attack on the Capitol. In the case of Mike Flynn, there was a pre-riot coordination with the1st Amendment Praetorian (a group that provides security to right-wing events). Hugo points out the group was doing some outer perimeter reconnaissance work during the attack. I would add that it was confirmed by the Washington Post that Flynn’s brother Charles was actually in on the desperate call from the Capitol to the Pentagon, asking for help during the attack. Charles denied this fact originally, and reversed his position under pressure from the Post. He was not found to be in a position to make any decisions. Brad brought up Dominic Pezzola, the man who took a Capitol Police officer’s shield and broke a window with it. Hugo confirmed he was Proud Boy, and I will add he is facing multiple charges including seditious conspiracy at the moment.

Brad poses deep problems with the DHS Inspector General in the next topic. Joseph Cuffari actually knew the Secret Service’s texts were erased months before he informed Congress (Brad is shaking his head here). Hugo goes on to say that it was early on in 2021 when he knew about it! He lays out a chilling timeline for Brad here. Jan. 6th, attack. 10 days later, Congress asks for the text messages. 11 days later, the texts are gone. Both men agree that something smells here.

Brad asks Hugo if Matt Gaetz has ever testified in front of the committee. He replied that no Republican member of Congress has been before the committee. He shares an interesting note that Gaetz was asking for a pardon in Dec. 2020. I wonder what that could be for (cough…sex trafficking…Joel Greenberg….cough)?

Brad inquired when the next J6 hearings will take place. Hugo responded with the month of September. An initial report finding release could be in Mid-September, with various hearings close to that date. Maybe a final report to come in October. Wouldn’t that be something?

Brad asked Hugo to go over the timeline of the back and forth between Republicans and Democrats when the J6 committee was first formed. Speaker Pelosi formed the idea of forming an investigative commission the night of the attack. She deputizes Chairman Bennie Thompson that spring. He meets with Congressman John Katko to discuss what the committee might look like. The negotiation early on made the committee perfectly bipartisan with equal subpoena powers. Minority leaders McCarthy and McConnell refused this idea entirely. Speaker Pelosi gave Leader McCarthy a second chance to select members of his choosing. He floated Jim Jordan and others who might be investigating themselves. That didn’t work, obviously. Speaker Pelosi gave him a third chance to replace slots on the committee with her selections. No deal. Leader McCarthy walks away.

Brad asks if Republicans have tried to come in and grandstand the proceedings at all. Hugo answers in the negative. There is a strong Capitol Police presence, bomb squad sweeps, and canines passing through. Reporters have been allowed into the public hearings. The investigation has been conducted by legal counselors for the committee behind closed doors. The counselors are former US Attorneys that are as serious as a heart attack. No games.

Brad asked if caught the footage of Jon Stewart ripping the Republicans torpedoing of the veteran’s toxic burn pit bill that provides much needed health support for soldiers and their families. Hugo replied that he was in LA, and didn’t see it yet. He goes on to rip Senator Cornyn for saying, “Oh, we were going to pass that bill anyway”. This, on the heels of the $433B tax and climate bill that could score a major win for the Democrats. Hugo indicated the torpedoing was spiteful. It was 84-14 in June! Nothing changed! He goes to repeat a quote from a guest on the Katie Phang show. “Republicans love the soldier, but hate the veteran”. Both men had interesting takes on right wing media here. Sometimes Republican behavior is flat out unacceptable. The spinning in the name of damage control is
dizzying. Integrity takes a back seat. In closing, Hugo takes the time to voice his appreciation for being on a show where he can deep dive into the issues. A class act all the way.

It seems like the integrity of reporters like Hugo are the last line of defense these days. He doesn’t put himself in jeopardy of erroneous reporting. His sources trust him to do the right thing. I am relieved that he is in Washington. He will mind the store for us. When this investigation concludes, we can’t miss his return appearance on this show to update us.