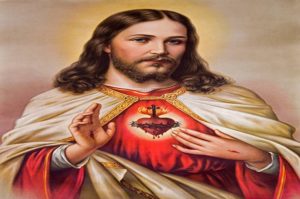 My country has a strange relationship with Jesus. Riven by the call to two sides of the religion which is Christianity, we have strong and dominant forces which are Presbyterian (Protestant) at one side and Catholic on the other. Presbyterianism was truly dominant for many, many years with Catholics suffering, in my lifetime, the type of discrimination illegal now but all too familiar in the past.

But in the past, it does not always remain.

My recent holiday to the Outer Hebrides in Scotland took me way back as it is a place where shops and services shut on a Sunday. An entire island is witnessed complying with the religious trope that the Sabbath must be observed by everyone. Aside from hotels, one shop and a garage, there are no other amenities available. It is as impressive as oppressive if you are unused to it.

In short, though we believe ourselves secular, it proves that the Kirk can still rise now and again.

Though I was christened in a Free Church of Scotland Kirk and later, prior to being married for the second time, was accepted into the less austere Church of Scotland, I have never been that religious. The Kirk for me, was there. It was not a prominent part of my existence, but it mattered for others.

And, despite the prejudice suffered by Catholics in my country, my brother married a Catholic, my partner is from a family with similarly mixed partnerships and my two stepdaughters attended Catholic schools – we have had separate state funded Catholic schools in Scotland since 1918.

The nation again and again has shown its intolerance and when it does, we shame ourselves but none so much as we do when we see the role that the Kirk plays in our history.

Kirk and country in Scotland have been responsible for the slave trade, our richness on the back of tobacco and a commercial expertise and exploitation which ranks amongst the most hypocritical. We have had scandal after scandal, not just the far distant times when ships left Glasgow filled with slaves but more recently with the way in which some abusers within the Kirk have abused children, unmarried mothers and the litany of vulnerable people who do not fit into a perfect and unsullied version of humanity that never existed.

It is perhaps time to stand and fight for the right of those we have abused in the past to be recognized and compensated?

And so, when the Pope went to Canada recently and apologized, talked about begging for forgiveness and recognized the role of the Catholic Church in the appalling abuse and genocide of the indigenous victims who attended their schools, it merited little mention this side of the pond. It was, however, a start.

But, if we know anything about religion, they begin small and hope we all stop asking straight away. Reparations, tangible compensation, and hurt for the institution at least close to equal to that of their victims must be made. Otherwise, it is a mealy-mouthed apology to people who have suffered enough and all you are doing is muttering on the wee bit hills and glens of their graves. The pressure needs to intensify and not be satisfied with sorry.

The only way that you can show your apology, dear Pope, is by being hurt in the ecclesiastical pocket.

Indigenous ancestors are fighting as their relatives died of the care, they were given in church led schools.

That abuse is compounded by the fact that the Catholic Church retain a doctrine from the 14th Century – The Papal Doctrine of Discovery which “gave blessing to European colonizers to seize land that was not inhabited by Christians. Non-Christians were, in effect, deemed savages.”

The doctrine is an example of how European governments, Kings and Queens of the time, harnessed the power of religion to legitimize its growth and abuse. And in Scotland that meant the Protestantism of our own Kirk to bless the expansion of our trading.

The repudiation of that doctrine is yet another example of how we can start to make apologies and practically show our support for indigenous people to rise and be a proud nation again.

The irony is, of course, that this includes Christian organized religion demonstrating penance. You would almost think they hadn’t done their research and read their bibles…

Kirk means principally the Church of Scotland, dominant church in Scotland though versions of it are used to describe others – United Free Kirk, for example or The Malignant Kirk, as the Catholic Church was described in the 17th Century by the Protestant Covenanters.