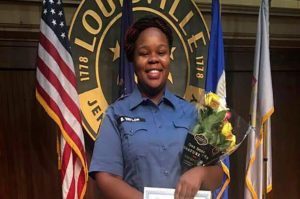 I remember watching people march over the summer for BLM protests. One of the people they would chant was Breonna Taylor. Someone online asked me why do people go out and protest for someone who is dead. He said you can not bring them back and the police will not go to jail for what they did on the job. I told him it was about saying their names so no one forgets them but also showing there is a pattern. Cops were using their jobs to kill black people and get away with it. How do you stay silent and let that continue? Just because a cop has not been indicted yet does not mean they never will be. If people stay silent, cops would never be held accountable.

Thank you, BLM, for marching and all those who marched with them. Thank you for saying their names and keeping a reminder out there that justice has not made all payments and some payments are past due. I believe that it was the fight of the family and the people saying their names to make the justice department finally take action eight hundred and seventy-four days after her murder.

Four cops have been indicted for the murder of Breonna Taylor. The charges are federal civil rights offenses, unlawful conspiracies, obstruction offenses and use of excessive force. I do hope felony murder gets added at some point, but for now these are the charges we have.

Merrick Garland says these cops falsified information to a judge in order to get a warrant. Why was this information not told to a grand jury by Attorney General Daniel Cameron? Cameron told 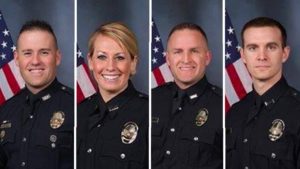 the grand jury the only crime that could be proven was of endangerment for firing into a neighbor’s wall. Was A.G. Cameron covering up for the cops? Was this the reason they put in a black attorney general so he can pronounce as a black man he is appalled but there is nothing he could do? I did not buy it then and I do not now. I now wonder how many other crimes he has swept under the rug. Will they treat him as they did the District Attorney Jackie Johnson, in the Ahmaud Arbery case and indict him for misconduct?