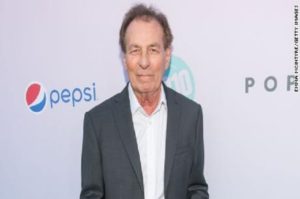 Actor Joe. E. Tata, known for his role as Nat, owner of the Peach Pit diner on BEVERLY HILLS 90210 passed away August 24, 2022, in Los Angeles, California after a battle with Alzheimer’s. He was diagnosed with the disease in 2018. He was 86.

Tata co-starred on “90210” for the series entire ten season run and reprised his role of Nat on the show’s spin-off series 90210. Tata’s “90210” co-star Ian Ziering, who played Steve Sanders, posted a heartfelt tribute to the actor on his social media. Ziering wrote, in part saying, “Joey was truly an OG.” , and went on to describe Tata as “One of the happiest people I’ve ever worked with, he was as generous with his wisdom as he was with his kindness…”

Ringside Report sends our condolences to Joe E. Tata’s family during their time of grief.