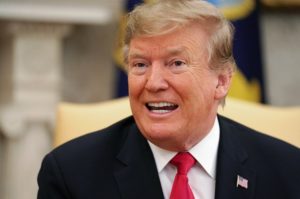 The fact is that most of us – at least those with half a functioning brain – are sick to death of it all. Long after the last sale of a MAGA hat has happened, Donald J Trump still manages to grab a headline or two is a pain. Some of us would just like him to haud his wheesht, although this is precisely what he has been doing of late, in front of a legal question or ten.

I get the impression that most Americans want to move on in your life and you wish to progress in your politics.

Donald J Trump, on the other hand, wants to hog his microphone.

In the UK, American politics was something we wished we never had but often felt some of it would be nice to try out. Like the Presidency.

For me, even someone who loves history so much, the monarchy is outdated and out of touch with modern life. I do not equate the sums of revenue we get from their presence with the vast sums of money leaving our state annually to support them. I would rather we had something like a President.

I think of Obama and his time as head of state. I think, even of Clinton and the Bushes, in comparison to Prince Andrew, Charles and even Diana. Depending upon what you measure each against, I think we are lagging a little behind.

A President is also democratic. We cannot vote out our monarchy. We are struggling to contain our criticism of them at times and they have little opportunity, unless like Harry and Meghan, they leave “The Firm” to respond.

But then along comes Donald J Trump and I begin to think our motley crew are not so bad after all.

In early August Trump turned up at the New York Attorney General’s office to answer questions around his family’s business practices. Now, over here, we think business, over there, is cutthroat and a little less than caring about their employees. We get all the bad news about them and very little, apart from TV show Undercover Bosses, about the good ones.

Donald J Trump looks, to us, like a guy who proves the maxim, the quickest way to become a Millionaire is to start as a Billionaire and spend…

He is facing multiple accusations, countless charges and increasing skepticism in investigations over his behavior – especially in business. And this from a guy who said he was a business genius who got things done.

When he turned up at the Attorney General’s Office he just shut up. He sat accused of his organization misleading authorities over the state of his company – specifically the value of its assets – so that it could get better loans and tax breaks. It sounds like to a layman like me, very much akin to fraud.

Apt, I think, given that the biggest fraud ever to stand for President of the United States was Donald J Trump. When challenged about his business affairs, he apparently pleaded the fifth amendment. Am I wrong in thinking that silence is often and indication of guilt?

Let me, for a moment, remind you of what he once said at a campaign rally in Iowa. in 2016. “The mob takes the Fifth.” Who was his target in this speech? Hillary Clinton. This was when she was being investigated for emails that she had held on her own server. The latest accusation is that Trump took classified top secret files away with him. Even I can tell the difference.

Now he is the target of so many different investigations that I am left wondering why he is still considered powerful at all. You can be fooled until the news comes through that Dick Cheney’s daughter, a Republican, is ousted – by Republicans.

It appears to me that the Republican Party is now endorsing lies and stupidity. Why be surprised? They are suggesting that you should vote for lawlessness and corruption. Are they not in the grip of some mania which suggests that the fabric of American democracy is at threat? Am I being over dramatic OR should I just haud my wheesht?