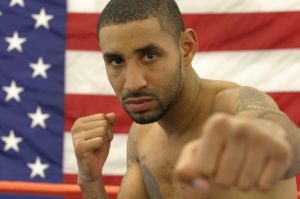 Diego “Chico” Corrales, 40-5, 33 KOs, was an American boxer who lit up the turn of this century over 45 contests with world level crowns at super featherweight and lightweight. He amassed them over 7 years of top-level activity. Added to that he was honored in 2005 by The Ring Magazine and the Boxing Writers’ Association of America with Fight of the Year after his first fight with

On the 7th of May 2007, Corrales lost his life due to a terrible road traffic accident. He was 29 years of age.

His early life was tough, bordering on boxing cliché. With a Colombian father – who disappeared, and a Mexican mother he arrived on the 25th of August 1977, in Columbia, South Carolina into an area marked by violence all around him. Raised in an area where gang membership was a given, it was riven with drugs – gang led thanks to the crack epidemic of the time. If anyone had life stacked against him, Corrales did.

It was his stepfather, Ray Woods who took him to a boxing gym, in order to help straighten him out – he was 4. By the age of 13 he was already involved in a double life – charming his way out of tricky circumstances one minute, threatening violence on the street the next. He found sport, athletics and American Football as well as boxing as an outlet

But he was no idiot and got a degree in culinary arts – he was reputedly a tremendous chef – whilst boxing through the Sacramento Police Athletic League. He fought extensively as an amateur, managing to get to the United States Amateur Championships in 1994 finishing second, the Pan American Games in 1995 and to the World Championships in the same year. Though he did not medal at the last two, with well over 100 amateur fights under his belt, he was ready to turn over.

On the 19th of March 1996, he did just that stopping Everett Berry in the 3rd round of 4 in Tempe. By the 4th of July 1997, in Las Vegas, he picked up his first belt when he beat Steve Quinonez for the vacant IBA intercontinental super featherweight title. He successfully defended that title on the 9th of May 1997 by stopping, in the 2nd round, Javier Pichardo in Las Vegas.

On the 11th of July 1997, he then won the vacant IBA intercontinental lightweight title by stopping Manny Castillo in the 11th round in Sacramento. He defended it on the 18th of October 1997 in Primm by stopping Juan Angel Macias in the 6th round and then he went back for the title, now vacant on the 12th of June 1999 when he stopped Angel Aldama in the 4th round.

Next was to be world honors.

He stopped an undefeated Robert Garcia, in the 7th round, to capture the IBF super-featherweight title in Las Vegas on the 23rd of October 1999 which he retained with wins over John Brown with a points win in Lincoln City in December 1999 and then in 2000, Derrick ‘Smoke’ Gainer in Las Vegas with a 3rd round stoppage, Justin Juuko by stopping him in the 10th in Los Angeles, and then he stopped Angel Manfredy in the 3rd round in El Paso.

On the 20th of January 2001, in Las Vegas, it was felt that he was ready to face, certainly looking back now, his biggest test as he went in against Floyd Mayweather for the WBC super featherweight title. Corrales was pulled out of the fight in the 10th round. Prior to the fight he had been surviving on a grapefruit a day to make weight and Mayweather, in his 25th career professional fight handed him a boxing lesson. It was a bitter pill to swallow as Mayweather had been guilty of taunting Corrales personally in the build-up. If ever ego and dignity demanded Mayweather pay, this was the righteous fight. Corrales who had never been sent to the floor, was floored five times on the way to his corner stopping the fight. Corrales complained bitterly about that but not many others did as he was well beaten.

Corrales was 23 years old, beaten for the first time and watching his life unravel. There were managerial issues, a fall out with his father, a court case where he had ended up in a violent argument with his pregnant wife. He was also doing some work for his life after the boxing came to an end and was involved in a variety of ventures from real estate, skiing, golf and biking. He was also on his way to becoming a father of five – one of which he delivered himself! It seemed like his past life was always the shadow from under which he could not escape.

Corrales went to prison – the Deuel Vocational Institution for domestic battery for 14 months. His new girlfriend stood by him, he did his time and then came out, married her and used his culinary and pugilistic arts to try and get his career back on track.

Once out, on the 4th of October 2003, he returned and fought Joel Casamayor, after four straight wins, for the IBA super featherweight title in Las Vegas. Corrales was stopped in the 6th round due to a horrendous cut in his mouth. In a rematch on the 6th of March 2004 in Mashantucket Corrales got his revenge in a close split decision win making him the WBO and IBA super featherweight champion.

Next for Corrales was to unify and on the 7th of May 2005, he took on and beat the WBC and Ring Magazine champion, Jose Luis Castillo to become the unified champion. Widely regarded as the fight of 2005, the 10th round was a classic featuring Corrales hitting the canvas, then hitting it again before Corrales, having been docked a point for spitting out his gumshield, rocked Castillo with a right hand that had Castillo trapped on the ropes. The referee was forced to intervene and stop the fight as Corrales unloaded with ferocity. There could only be a rematch which was to come on the 8th of October 2005 in Las Vegas, but Corrales failed to make weight. It therefore became a nontitle fight which saw Castillo gain revenge stopping Corrales in the 4th round. At the weigh in, Castillo had been 3 ½ pounds over the limit – superior weight could only have had something to beneficial to contribute to his win…

There was supposed to be a third fight but “The War to Settle the Score” would never happen as it was cancelled as again Castillo failed to make weight on the day of the weigh in. This time round Corrales refused to take the fight. The cancelled fight led to litigation, but Corrales had other matters to settle.
On the 7th of October 2006, he was set to defend his WBC lightweight belt against old foe, Joel Casamayor in Las Vegas. Corrales, this time was the one who failed to make weight and the split decision went against Corrales.

His final fight, at welterweight was against Joshua Clottey on the 7th of April 2007, in Springfield, when he was well beaten and dropped twice in the 9th and 10th rounds.

Having survived the streets and been able to carve out his life, his death was out of the bad boy cliché book of endings. On the 7th of May 2007, a month after his last fight, while riding his motorcycle, he ended up in an accident where his blood alcohol level was three times over the legal limit. It was a tragic end to a man called by many a modern gladiator. Given his beginnings, the tales that emerged after his passing was contrastingly of a quiet man, a man who was kind, considerate and modest. There is little doubt that his past had hung over him, but he had found a peace.

His 6th child was on its way.

But the boxing fraternity did step up as Floyd Mayweather, JR., irrespective of what had been said in the past, supported Corrales’ family then and continues to keep an eye on now.

And so, we can look back and see the great achievements and remember that in the glare of the spotlight, everyone’s shortcomings can be seen. For Corrales, they brought a tragic end which should never obscure his achievements.