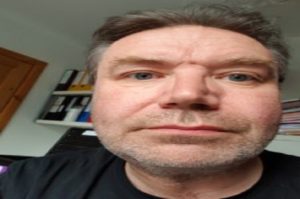 This week I have become aware of something which quite frankly, rips ma knittin!

Let’s be honest, I am white. I may have been brought up within a working-class conservative household but with my education and income, I am middle class.

I may have fought and worked hard to escape the emotional poverty around me as a child, but I am unable to tell a tale of police brutality. I have much to say about police intimidation, but they never laid a finger on me.

Perhaps it is because of my color?

Don’t get me wrong, it is not that I feel left out. I don’t sit at night moaning in pain at the lack of physical attention paid to me because of my whiteness.

I also have met some really good police officers. I worked with many of them. Of all ranks. I used to run an event every year with two police forces in Scotland which were incredibly successful and found the police officers I worked alongside were, mainly caring and brilliant at their jobs – keeping me and law-abiding people safe.

But there is always one…

Oh, I wish it were only one…

There is an English saying that one bad apple spoils the barrel and when it comes to the poison of hatred and the circumstances where prejudice and ANY “ism” flourishes, I have to completely agree. Where you get one, they influence another and before you know it, we have a whole group of people who need dealing with. And because they have a group/mob mentality which is one step away from crying victimization, it is not long before all the good work is put to shame and undone. We get caught up in some side issue and some irrelevant argument of their making.

And then there is a problem – the optics do not look good.

They have dragged us into media speak and spin. People pile into the problem to make it either look better or sound deniable/defendable. What they are not doing is dealing with the problem. Compromises and deals become the order of the day and somewhere a witty communicator suggests that it might be down to democracy being the winner – we can accept all forms of opinion and have a broad church within this institution etc., etc., etc. …

And so, this week I wondered how you could spin the fact that a man, a pastor, in Alabama, was arrested for watering his neighbor’s flowers.

Now this was no Black Lives Matter trigger. There have not been riots in the streets because Michael Jennings, the man in cuffs, has somehow ended up thrown to the ground and murdered upon it.
He was just cuffed and arrested.

You can clearly spot who he is, I suppose by the fact he is black.

Despite much having been done to deal with color ignorant folks, in Alabama a pastor was arrested for watering his neighbor’s plants. Did the neighbor complain? Hell no, he went out and defended him! He tried to explain it was a misunderstanding.

The reports which we have in the UK does not detail why it was that Alabama’s police department saw fit to arrest Jennings. Was it because he was watering the plants in an aggressive manner? Perhaps he was violating the municipal watering code and such a violation has been tolerated for far too long? Perhaps it was even that his watering can was the wrong size for the area?

The optics are pretty hellish.

It is one incident which would suggest to those in law enforcement that until challenged this was OK. It may not be something that the majority of police officers would accept without question but one guy, with a beef with someone over something would whisper in a locker room somewhere that the guy “had it coming” for something.

I cannot wait to find out what for…

You see, if such incidents are not eradicated, then progress is halted. And that is why this example of a bad apple needs chucked out the barrel… And it really rips ma knittin…