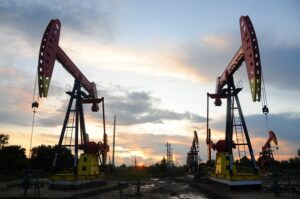 Perhaps the recent decision by the Saudi led OPEC+ group, to decrease oil supplies, provides us all with an opportunity to consider how we deal with pariah states. For Joe Biden Saudi Arabia was a country to be confronted. He went on the campaign trail with a very clear foreign policy, policy. He would hold them to account after the death of Adnan Khashoggi.

It could be argued that realpolitik intervened.

The war in the Ukraine meant a lot of countries were scrabbling for oil. There’s plenty of it in Arabia. So, Biden, along with many other countries had to temper, their temper. The Arabs were needed.

Biden was not alone. Many western leaders suddenly found their outrage at the dismembering of a journalist in a Saudi embassy as less of an outrage and more of an issue.
Deals were done and economies appeared to be on the very brink of being saved.

Those of us with a stronger moral compass we had already watched the Soccer World Cup being prepared for Qatar, Formula One make their way not once but twice – Bahrain and Abu Dhabi – to the area for a Grand Prix whilst boxing’s pariah, MTK had made the UAE their base before a number of high profile world title fights have happened in the area, not least the heaviest ever fight between two former World Strongest Men.

It would appear we like our circuses in the sun.

Joe Biden must feel like that now, too. Why? Because as aid is being given to the Ukrainians by Biden and others, support for Russia is being given by the Saudis. The Arab nations are not standing as one with the West. It came after Biden asked the Saudis not to cut production of oil, and they have now done just that, meaning that the Russians, now have a global advantage. The cutting of oil production was agreed by OPEC+, which is led by the Saudis and includes the Russians. Sanctions and economic levers were put in place against the Russian bear rather than boots on the ground and now the Saudis have nailed their economic colors to a mast that flies from the Kremlin.

The British are no better. We sell huge numbers of arms and weaponry to the Saudis, some of which have, allegedly ended up in the war in Yemen – yet another humanitarian catastrophe which has dropped off the global political agenda.

Biden has spoken of consequences for the Saudi’s. perhaps we all need to reevaluate our relationship with states which willingly avoid their humanitarian responsibilities because they have cash, they have oil, and they have our number.

If a country cannot be stripped of respectability because they stand accused of murder and cut up the body of a journalist in a foreign embassy, based on very strong evidence, or of the types of human rights abuses which make other countries pariahs, then what are we doing? Are we exporting democracy or apologizing for it? Are we weak because we wish to support the weak or strong because we have credible standards against which we shall continue to measure other countries?

I know what I think and the world, especially the Ukrainians are watching. There is little point in supporting them with rhetoric and weapons and then taking it on the chin when your strategy is ignored and trashed by “friendly” dictators.

In the Congress and Senate, Democrats have spoken of wanting to support moves to respond and make consequences a reality. The mid-terms next month could affect the level of consequences to follow. After all, oil, money and morality – I am not sure that the GOP can be trusted with any of those three right this minute…

Gallus; bold, cheeky, or flashy- but more, oh so much more…