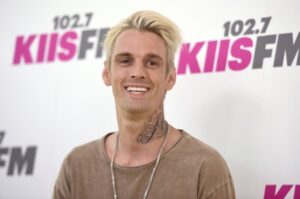 Singer and rapper, Aaron Carter, who was the brother of the Backstreet Boys Nick Carter, passed away November 5, 2022, at his home in Lancaster, California. No cause of death has been disclosed however, it was reported that his body was found in his bathtub. He was 34.

Carter began performing at age seven and at age nine he released his first self-titled album, selling a million copies. His second album Aaron’s Party (Come Get It), released in 2000, sold three million copies. Following that success, he began making appearances on Nickelodeon shows and touring with the Backstreet Boys. Carter followed up with his third album Oh Aaron in 2001 and released two more studio albums: Another Earthquake (2002) and Love (2018).

Carter also performed on Broadway, appearing in the musical Seussical and the off-Broadway musical The Fantasticks. Carter competed on Season 9 of DANCING WITH STARS (2005-), finishing in fifth place.

Ringside Report sends our condolences to Aaron Carter’s family during their time of grief.