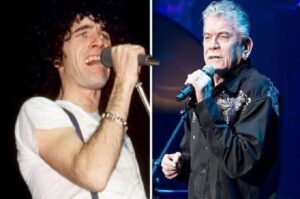 Dan McCafferty, who was best known as the frontman for the Scottish band Nazareth, whose hits include “Love Hurts”, passed away November 8, 2022. The cause of death was not provided. He was 76.

McCafferty was a founding member of Nazareth from its inception in 1968 until his retirement from the band in 2013. Nazareth produced twenty five studio albums and among them several singles were released including “Dear John”, Morning Dew”, “Broken Down Angel”, Bad Bad Boy”, “My White Bicycle”, “Holiday”, “Piece of My Heart”, and “Ruby Tuesday”. He toured with Nazareth for 45 years. McCafferty also produced three solo albums, and among them, released five singles.

Ringside Report sends our condolences to Dan McCaffery’s family during their time of grief.