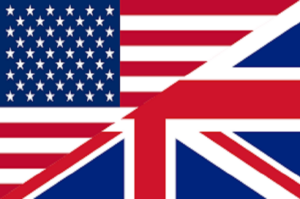 The fact is, that the US mid terms mattered.

And from us over here to you guys over there – well done. The tsunami was averted, the disaster put in its place and filed under, should never happen and The Donald lost his plot. My namesake is many things, but never take him for a fool.

Whilst we over here can see that you, over there, decided to ditch the Donald delusion, it has not gone away. Election deniers did not win big; but some of them got elected. The call for people to ca’ canny, as we say over here was heeded, big. But the fight remains, and it continues. The Republican Party are beginning to emerge from the electoral spin and weaving of a narrative of sheer lies, but they still have people who cannot quite escape its grip. They still have people who cannot get their head around the fact that people who “do their research” know that they do not. They have failed to convince people that a process of which you as a country have always been proud – democracy – works. It works because one person, one vote is democracy, and we can now see that young people who think the whole conspiracy nonsense is what it is – delusional – cannot be fooled by it. It showed that people cannot endorse locker room banter and whilst people accused of impropriety are travelling through courts – of public opinion and the more formal legal process – are being heard and listened to, this does not represent a rejection of “wokery” but a realization that mature conversation needs to be had to address and readdress the balance of gender, race and religious politics without the heat of hate speech.

The United States grew up and hopefully out of the shadow of such political nonsense. They ca’ed canny. They put a cautious foot forward and they voted with it. They refused to be sucked again into the maelstrom of Republican Party rubbish. They are happy for people to believe things, but they are not happy for them to force those beliefs on others. Most importantly, aside form the Clinton maxim that “it is the economy stupid,” they rejected the moral vacuum about to send Americans back to the Stone Ages and they want to protect Roe v Wade.

The biggest winners in the mid terms were democracy, those who wish equity and those who believe that support is better than condemnation. It is the beginning of a wave of maturity which should start to see movements that are all too obvious in Brazil and now the US but need to emerge in other countries. We shall see, I hope change, coming in Sweden, Italy, Poland and Hungary in not too long a time. The hope for such a thing in Russia is never going to leave us but is unlikely given the Tsar like grip that Putin has but we can now, at least hope because that hope was rewarded in the biggest contest of 2022.

Biden may not be the most inspiring, his policies may not get the credit, the thinking behind an elder statesman being the guy to lead you towards the 2030s does not inspire but the bench of American Democrats better get ready.

If Trump won’t get the nomination, they have plenty of others who have his views but are more palatable and therefore electable for two years’ time. Dear god, get moving.

As the slogan for my current home community goes, you need to ca’ canny but ca’ awa. Get away from the danger by facing it wherever it lives, do not think it is gone. It lurks and in the Republican Party, it is only finding the right lipstick to fool you again. God speed with the evolution, we are with you.

(Scotland) To go carefully or slowly; to take care.