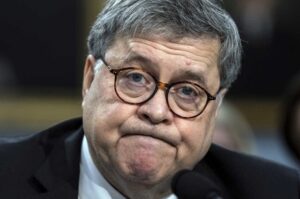 Donald Trump’s former Attorney General Bill Barr gave Republicans an ominous warning on Monday. Barr called for new leadership in the GOP, and warned the Republican Party that the former president “will burn the whole house down.”

In Barr’s blistering op-ed for the New York Post, Barr states that, “Unless the rest of the party goes along with him, he will burn the whole house down by leading ‘his people’ out of the GOP.” He continued, “Trump’s willingness to destroy the party if he does not get his way is not based on principle, but on his own supreme narcissism. His egoism makes him unable to think of a political party as anything but an extension of himself — a cult of personality.”

Recently, Barr has taken a step back from Trump. After the classified documents were recovered at Mar-a-Lago, the former attorney general claimed to be “skeptical” that Trump even declassified them. Barr had even stated there was “no justification” for taking documents from the White House. On Friday, Barr said in an interview that the Justice Department likely has a “basis for legitimately indicting” Trump for his poor handling of the sensitive documents, per The Hill.

Barr acknowledged in his op-ed the Trump administration had “substantive achievements,” however, now he believes it’s “time for new leadership.” Barr said in Monday’s article, “It is painfully clear from his track record in both the 2020 election and the 2022 midterms that Donald Trump is neither capable of forging this winning coalition nor delivering the decisive and durable victory required.”