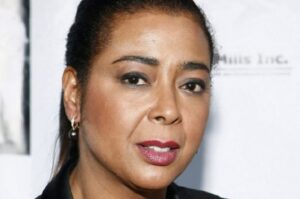 Academy Award-winning actress, singer, dancer, and songwriter Irene Cara, known for singing the title songs for the classic 1980s films FAME (1980) and FLASHDANCE (1983) passed away November 26, 2022, at her Miami, Florida home. The cause of death was not given. She was 63.

Before Cara rose to superstardom as Coco Hernandez on FAME, she appeared in on-and off-Broadway productions of “Ain’t Misbehavin”, “The Me Nobody Knows” and “Maggie Flynn”. Next came television, and Cara found success in that medium as well. She appeared in the miniseries ROOTS: THE NEXT GENERATIONS (1979) and GUYANA TRAGEDY: THE STORY OF JIM JONES (1980). When FAME was starting production Cara was originally cast as a dancer, but after the producers heard her voice, they re-wrote the role of Coco Hernandez specifically for her to play. Cara was given the opportunity to sing two songs: “Fame” and “Out Here On my Own”. Cara was also known for portraying the title character Sparkle Willimas in the 1976 musical drama SPARKLE.

Ringside Report sends our condolences to Irene Cara’s family during their time of grief.