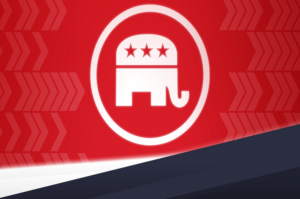 Right now, globally, we have a climate emergency, global economic disasters and a war in Europe. Pretty clear to me what we should be concerning ourselves with…

Clear enough to you?

I mean over in Scotland we have a government trying very hard, whilst tethered to a tombstone, to improve the chances of our people and of the world. We have provided funds for countries who are globally suffering from the climate emergency but are poor, have made conscious efforts to give cash to families in poverty and opened our doors and hearts to Ukrainian refugees.
All three issues have priority in our government’s agenda.

Of course, we are also awaiting a Supreme Court decision over whether we can hold a referendum in pursuit of independence from the aforementioned tombstone. Their priorities are less morally admirable, perhaps, but are part of our democratic process.

Which brings me to the Republican Party. Quite simply put, they are acting like spoilt bairns…

Over here we are hearing of their decision to probe Biden and his family. It is a familiar story and a very familiar tactic: we may be bad, but let’s take a look at the other guy… The problem for those of us over here is that we did: we saw him close up. We saw how he operates because his mother comes from Scotland, and he thinks that the Scots kinda like him. To quote another Scot, who said publicly on national TV, David Tennant, Mr. Trump, “no we f*cking don’t.”

It’s a familiar story because the role of Hunter Biden in Ukraine has been touted time and again to no value. I do not know if Hunter Biden has done anything wrong. I cannot say that I care that much about it but if he has, then let the authorities investigate, give them the means with which to do it and let alone. Take away the optics and the politics and let law enforcement enforce your laws. He is apparently already under investigation – so what the hell are they on about?

But optics and politics matter. For the Republicans the more smear you spread, the less you see their dirty nappies. One day after managing to get a majority in the House of Representatives, it is reported over here that investigating Biden is a “top priority”. How about holding his government to account? How about looking at his policies, pointing out the holes and suggesting alternatives? How about politicians doing politics? We have five-year old’s who can tell you that the Republican priority is childish nonsense. We would lend them out to you but your record on school security is way beyond dodgy. We had one mass shooting, took action and it never happened again. We can send you the blueprint.

And so as American families face soaring inflation, the bushes burn in California and the heatwave kills, and the threat of a new Russian tyrant is receding due to collective effort and good will, they want to investigate when Uncle Joe was Vice President and see if he diddled and fiddled for his son.

If he did then the issue would find its own place. It should not and never be the top of anyone’s agenda whilst those who are throwing muck are apologists for one of the most corrupt politicians on the planet who has little, or no, problem with using his office for his own ends or plays fast and loose with the truth to win. His accusations against Americans that they were involved in mass corruption through electoral fraud and his incitement of people to take back Government through the means with which they brought to the Capitol on the 6th of January is the type of infamy and abuse of power which merits attention: not allegedly murky dealings which are already under the microscope. Once again, the Republicans are mounting an assault on the American people, calling them out for being corrupt. The response was clear in the midterms. From over here it looks like the bairns are in charge of half of your democracy. Time to keep growing up, America…