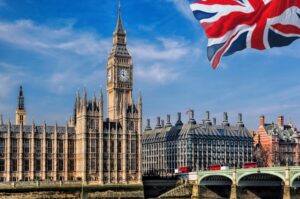 Let me explain and bear with me…

It may take a wee while…

Politics in the United Kingdom is complex. The parliament in Westminster has several political parties represented. The big two – kind of like Democrats and Republicans in the US – are Labour and Conservative. The Conservative Party are mainly Republican in outlook, whilst the Labour Party have a strong Barack Obama style streak though also include many, and I mean many, who would be too radical for the Democrats. It is a Social Democratic/Socialist Party.

Since the Second World War either one or the other have formed the government alone, apart from a couple of times that they needed an alliance with the Liberal Democrat Party. The Liberal Democrats are a party which used to be big but are a minor party now. They are liberal in their social policies, which include a centrist ideal economically which includes a very strong environmental focus. They have suggested that when in coalition with either of the big two they provide a sensible head for the Labour Party and a caring heart for the Conservative Party.

All three have one thing in common. They believe that the union of the United Kingdom is a good thing.

Of the three parts of the United Kingdom which are not England let us begin with Wales. It was conquered many centuries ago by the English and ruled directly since. That was until, in the late twentieth century, something called devolution brought it its own devolved parliament. Their new parliament was given some power from Westminster, the UK parliament, and it meant that whilst they still sent Members of Parliament to London, they would now have their own politicians in their capital, Cardiff. Along with the big three UK parties in Wales, there is another big party – Plaid Cymru – which does not believe that the United Kingdom is a good thing. They believe that Wales should be independent. Just now, they are in a minority.

Another conquered land was Ireland. Northern Ireland, like Wales, has its own devolved parliament. Northern Ireland, or Ulster is what is left of the Ireland conquered by the English and then just over 100 years ago, was created for a protestant population which did not want to be part of a Catholic Ireland. For many it is an anomaly and the fact that none of the big three UK parties properly operate there tells its own tale. Northern Irish Westminster MPs and the devolved parliamentarians are members of political parties which do not exist anywhere else in the UK. The big two, Sinn Fein and the Democratic Unionist Party, are supposed to power share. They fell out. Sinn Fein want a united Ireland so think the UK is not a good thing. The Democratic Unionist Party think the UK is a brilliant thing. Last year, Sinn Fein became the largest political party in Northern Ireland and look likely to form a government in Ireland where they also operate – because they want a united Ireland… Because both Sinn Fein and the Democratic Unionist Party fell out the devolved government has been suspended. Northern Ireland is being governed directly by the UK government and nobody thinks this is a good thing.

Both Wales and Northern Ireland are going through political change. Increasingly there are politicians and the communities within each country asking the question – is the United Kingdom a good thing?

Now that brings me to the last of the four parts of the United Kingdom – Scotland.

In 2014, having won a whopping majority in their devolved parliament, the Scottish National Party negotiated a referendum on Scottish independence. By a majority, Scotland voted to stay in the UK. The big three UK parties gave promises to the people of Scotland – something called The Vow – to keep them in the UK. The Scottish population voted for it.

In 2016, the UK had another referendum. In it, the UK voted to leave the European Union. Scotland did not. Scotland voted to stay in Europe because we have strong ties with Europe, but we have been taken out of it because the UK decided that the EU was not a good thing. Called Brexit, it has been an unmitigated disaster and there is hardly anyone anywhere who still thinks it is a good thing.

When the Scottish independence referendum happened in 2014, the First Minister of Scotland, Alex Salmond, called it a once in a lifetime opportunity. That would suggest that around the mid-2030s is the time there could be another one. In her autobiography, former Prime Minister Margaret Thatcher said that all that the Scots needed to do to gain independence was to return to the UK parliament, in Westminster, London a majority of MPs. Scotland has now done that 3 times. In fact, in 2015, all the MPs apart from 3 were SNP MPs – 55 of 58.

In every report and commission ever published about the Union of the United Kingdom all 4 nations were described as equal partners.

For 13 years, in EVERY election in Scotland, the SNP have won a massive majority – local government, Scottish Parliament and Westminster election.

Last week, the SNP government went to the UK Supreme Court and asked, given that The Vow has not been kept, that Scotland keeps voting overwhelmingly to have a referendum again, and that we are now out of the EU when we said we wanted to stay in it, can we ask the people of Scotland if they might fancy leaving this thing which we think is a bad thing, called the UK? After all, they argued, given it is a partnership of equal nations. Surely, we can just decide to leave.

If your marriage isnae nice, you can leave, can you not?

The Supreme Court said no. Under the current law, Scotland is not allowed to ask its people if they would like to change their own destiny because their partner, England, must agree to it. We are in a marriage where the big man can say no to the wife.

There is a stushie on the streets of Scotland. People have taken to the streets to complain and to protest. There may not be tanks and there has been no violence, but the democratic deficit has never felt so huge.

Now we know where we stand, the stage is set. We know that you can have too much of a good thing, but we are testimony to having far too much of a bad thing…

Stushie Complaints and a furor around them.