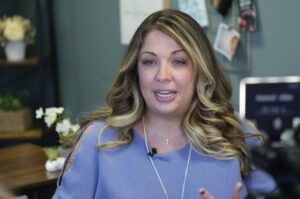 Should a business owner service a client who’s views differ from their own?

My opinion? Hell, yes, and I’ve got the Equal Rights Amendment to back that up.

Ok, should parade officials deny rights to marchers in their parade if they do not agree with the views of the marchers?

How about discrimination of those seeking housing, employment, education, dining experience when viewed by those disagreeing or not liking their political views, race, religion, gender assignment?

Again, Yes, yes, yes, since the ERA Amendment first left the minds of our Fore-Sisters and was put to paper by our suffrage sister, Alice Paul, in 1921, the answer is unequivocally, resoundingly, yes.

Lori Smith, a web design business owner has brought her Christian views to the table of the Supreme Courts after refusing to make wedding websites for gay marriages, siting her religious beliefs vs their nuptials.

Alas, we are still fighting for our rights 101 years later. Had the ERA been codified and ratified way back when, the world’s history, economical development would have been clearly defined such that this would not be an article.

It behooves me that we women, men, others, free-thinkers, LGBTQIA, are still no further than we were 101 years later giving air to grievances by homophobic, Christian Bible thumping folks, who most likely keep those deep, dark desires under wraps, demonizing those who choose to; authentically, live out-loud, unashamed of who they were born to be, loving whomever they love.

How big of a deal exactly IS the can of gender-bias which a teeny tiny NOTHING, Colorado store owner unleashed upon us in this day, date, time and hour?

Well, how big is the Multi-verse?

This highly important topic truly needs to be nurtured, fed, codified and ratified for the good of the entire world, for screaming out loud, once and TRULY, for all.

I instantly became enraged at seeing this. My (once) photographic memory began sorting through all the lawsuits that had been struck down for the exact same reason and unfortunately, there are far and few.

Article upon Article with few exceptions such as the decision to allow the LGBTQIA Community to march in the St. Patrick’s Day parade, there aren’t as many winnings as we’d like.
Even “Masterpiece Cakeshop v. Colorado Civil Rights Commission” sided with Cake Masters Bakery disallowing a gay couple from having their wedding cake baked by the store, who won their lawsuit.

I’m certain the Supreme Court will look to this case when hearing the arguments brought forward by Miss Lori Smith, who said:

“Colorado is compelling and censoring my speech and forcing me to design and create custom artwork that celebrates messages that go against my deeply held beliefs,” Smith said in an interview. “My faith is at the core of who I am.”

Hearing is to be held on Monday, December 5th, 2022. This is an ongoing topic and one we hold dear to our hearts.

I wish I could fly to Denver to stand outside and protest, even if I’m the only one there.

The decision granted will either mark a historic win for We, The People, or a significant loss to our battle for justice and freedom for all people.