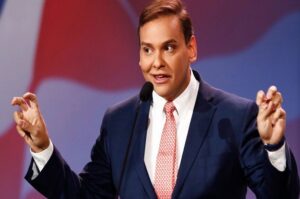 Republican New York Rep.-elect George Santos admitted on Monday that he lied on his resume but insists he hasn’t committed any crime. Mr. Santos said he plans to be sworn into Congress and serve NY’s 3rd congressional district.

“I’m not going to make excuses for this, but a lot of people overstate in their resumes, or twist a little bit. … I’m not saying I’m not guilty of that,” Santos said. He admitted that he never worked for financial institutions Citigroup and Goldman Sachs. He told the New York Post it was “a poor choice” of words but he did work for them through his company.

Santos claimed in his resume that he obtained degrees from Baruch College and New York University, but admitted to the Post that he never graduated from college. “I didn’t graduate from any institution of higher learning. I’m embarrassed and sorry for having embellished my resume,” he said and added that “we do stupid things in life.” His claims of his grandparents having “survived the Holocaust” was also fabricated along with his supposed Jewish heritage. Santos says he meant “Jew-ish” which is simply ridiculous.

“I want to make sure that if I disappointed anyone by resume embellishment, I am sorry,” Santos told WABC. Resume embellishment is saying you had a higher GPA than you did. Lying about your entire life? That’s just sketchy and makes me wonder what he’s hiding. It doesn’t seem that Republicans have any plans to hold Santos accountable either (no surprise).