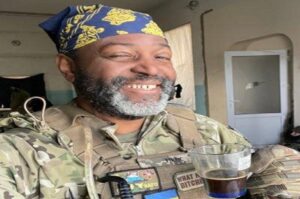 Malcolm Nance is a 5X NYT bestselling author. A career Navy man who gave 20 years to his country during war and peace who is a terrorism expert. On top of all of that, this year, he became a Ukrainian Legionnaire. Nance sits with fellow retired Navy man “Bad” Brad on Friday December 30, 2022 for a 360 conversation. You will not want to miss this show…