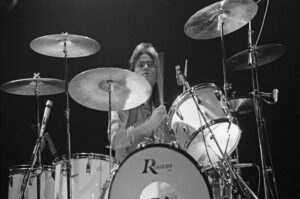 Robbie Bachman, the co-founder and drummer for the rock band Bachman-Turner Overdrive, passed away January 10, 2023. No cause of death was given. He was 69.

In the early 1970s, Bachman and his brother, Randy formed their band Brave Belt, with Robbie as drummer. They were joined by two other members, Chad Allan and Fred Turner. Their brother, Tim joined the band following Allan’s departure. In 1973, Brave Belt changed their name to Bachman-Turner Overdrive. The band enjoyed a period of popularity between 1973 and 1976, releasing five Top 40 albums and six US Top 40 singles. Those singles include “You Ain’t Seen Nothin’ Yet”, Takin’ Care of Business”, “Roll On Down The Highway”, and “Let it Ride”.

Ringside Report sends our condolences to Robbie Bachman’s family during their time of grief.