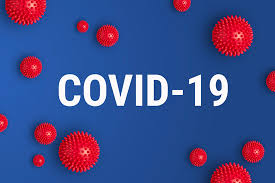 Amid the coronavirus pandemic, DuJour Media brought together a star studded cast to provide a message of hope and unity with the new “We Love New York” video tribute. DuJour chronicled the city through exclusive images and video during the height of the pandemic and converged the array of creative talent to recount what drives their love for New York City in the heartfelt tribute.

“While we are all experiencing very challenging times I wanted to honor my hometown, the backyard to media that fuels the world, and the city hit hardest by the pandemic, New York,” says DuJour Media CEO and Founder, Jason Binn. “Thinking about what it means going forward I wanted to create an uplifting message about ‘we’ to one of the most resilient cities in the world and capture this time of courage and heroic strength that will always remain part of New York. This moment brought creativity and imagination to the forefront where I was able to utilize all of the sectors of DuJour to spread this message.”

The tribute can be found here: https://dujour.com/news/we-love-new-york-video-tribute-presented-by-dujour-media