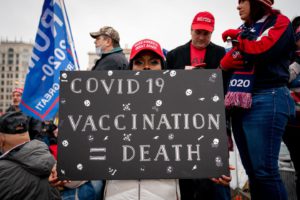 First, I must apologize to our RSR readers for the delay in presenting new columns, but “time and the tides” wait for no man and I have had, during the hopefully waning days of this pandemic and its accompanying horrors a plethora of almost unending tasks and responsibilities which required my attention, in some case bordering on, if not urgently.

Second, it is incumbent upon me, at this point, to make it clear to our Ringside Report readers that, in the event you haven’t guessed, recognized or realized, I am, while being fiscally conservative, an avowed social liberal, and my interest is always in treating others with decency and fairness, regardless of their protected class.

That being noted, let me make it—again, and as I have proselytized to my audiences—abundantly clear that you generally can’t, nor do you have to, “like” everybody. We are, as we pass through this veil of toil, trouble, turmoil and tears, too often burdened by nasty, obnoxious, thoughtless, rude, crude and vulgar ignoramuses (or, as a friend of mine of the Jewish faith is wont to say, “total schmucks!”) while, at the same time and for the most part we (hopefully) do find that many—if not most—of the people whose paths we cross are decent, kind and thoughtful individuals. But that being said and noted—and again—we are simply not going to like or care about or be interested in every person we meet or come across, but I write that with one main and major thought in mind: that—or any—dislike should never be based on race, creed, sex, age, handicap or national origin, but, rather, on whether or not a person is kind or decent and honest and honorable As a fellow I know who is a renowned if not beloved educator will often say, “there are obnoxious individuals of every type, kind or stripe and if you dislike that person it is for that reason, not because of his religion or the color of his skin.”

The most important part and point of the above pontification, though, is, and as is noted above, that there is no patent on bigotry, racism or stupidity and to hear a Farrakhan preach hatred against the Jews, or to have watched a group of black pastors in New York come out publicly against allowing gays to serve in the American military may be—and this statement certainly and obviously not because I am bigoted or racist in any manner—at a level of vileness and ignorance at at least as horrific as any other form of bigotry which, sadly and unhappily, certain groups and individuals in this country have never been shy about pursuing.

A comment was made as recently as today—Wednesday, April 21st—that the Republican Party has become identified with one overwhelming descriptive, which, sadly to report and convey, is one word, “hate.”

The party of Lincoln and Teddy Roosevelt, and, yes, several other greats, is now proudly (if that term is not an understatement) displaying that feeling as if it was a badge of honor. It is not. It is a shameful and disgusting declination of that once great party, not necessarily caused by, but certainly inflamed, encouraged and exacerbated by one man, and we will discuss the shame and shamefulness of one Donald Trump in the next column. Until then, ladies and gentlemen, please be—and stay—well, and above all, stay safe.