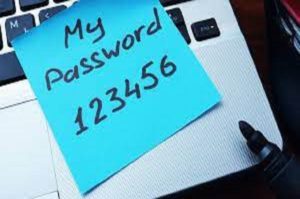 Once upon a time in America a household was based on a one-person income; because only men worked. Women that were not married did clerical jobs but left the workforce once they were married. Then war happened and women needed to work because the men were fighting. When the men came back the women did not want to go back to the same old routine. Then everyone started billing on a two-person system. The assumption was that now the husband, and wife work so they both have to pay. They saw feminism as a way to make more money.

Once upon a time in America families sat down to watch their favorite programs on one TV. Most people could not afford a TV per family member. Back in the day families were large. I have eleven sisters and brothers. There was no way each of us would have our own TV. We watched as a family. At some point Netflix comes along and offers you a streaming service for the family to binge TV together. Then they offered it on our devices which meant we did not have to have family time; we could watch it at our own convenience wherever we were. Now Netflix says they will crack down on password sharing. Which means where you once watched as a family, you now pay per member.

Streaming services are the new wave. Some people have canceled their cable for a pick and choose from a multitude of streaming services. I get they thrive off numbers. You cannot tell the true numbers if people share their passwords. People also watch from different devices. I have watched the same show from a streaming service from my TV, my tablet, my phone, my computer, and even a work computer. It’s me every time but do they now charge me per log in? Do they confine me to only watching from one device?

I can’t say if I am nostalgic or frugal but I think they should consider family dynamics. It may not mean much to those that can pay per person but to those that cannot; it makes a difference. For some people their only escape is Netflix that their mom provides. Watching grandma’s Netflix kept the kids entertained for a moment. I don’t see it as password sharing when it’s amongst family.