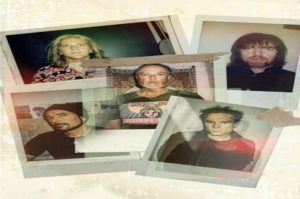 Australia 1980, four guys form a band, and they call themselves The Church. The founding members are Steve Kilbey on lead vocals and bass, Peter Koppes and Marty Wilson-Piper on guitars and Nick Ward on drums. In 1981 their debut album “Of Skin and Heart” is released with their first hit “The Unguarded Moment”. It is on the radio everywhere and the band were signed the big record labels all over the world. Their second album “The Blurred Crusade” was released in 1982 in Australia and Europe but Capitol Records in America declined the release it as it was not good enough and they dropped the band. It wasn’t until 1988 when they found success again all over the world with their fifth album “Starfish” and the more than brilliant song “Under The Milky Way”. The song’s title is a tribute to a music venue in Amsterdam, Holland called “De Melkweg” (Milky Way) which Steve Kilbey often visited. It featured in the 2001 movie “Donnie Darko”.

They never gained this kind of success anymore. The song is still as beloved as it was back in 1988.