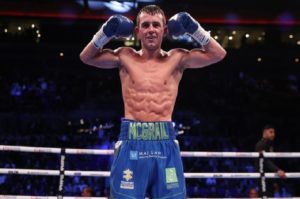 As I write this, the country of the United Kingdom of Great Britain and Northern Ireland is in mourning for the loss of their sovereign – Queen Elizabeth II. An outpouring of grief and patriotism has wall to wall Britishness throughout the land and God Save the New King sung with verve!

Every four years such vigor within the patriotic debate is reimagined through the Olympic cycle as yet another crop of athletes in “Team GB” venture off to somewhere warmer, sunnier and shinier to do battle for the baubles of gold that shall swing round their necks on talk shows and the like for years to follow.

With such expectation comes pressure and with each level of sporting excellence the country rises to hope, kick every ball, hurdle every obstacle, row every stroke and punch every punch with them.

Over the last few Olympic cycles Team GB have excelled within the boxing ring. It gives a solid base for that some of our greatest professional athletes who through a solid amateur career, achieve the pinnacle, is to fight at the Olympics. The number of Olympic ring tattoos on professional sports people’s bodies is a sight to behold.

But what of the ones who fall short? Let me take you back to London 2012. It is the first year of female boxing in the Olympic Games and the emergence within the female arena of Clarissa Shields. We all know she is a double Olympic Gold medalist. She has been in the UK telling us all that… All week… Daily…

Her next prospective opponent in the professional ring, Savannah Marshall, the world champion at the time of the 2012 Olympics was unable to win a fight at that Olympiad. The expectations of a home games and the pressure where all she needed to do was win one fight and she had a medal was just too much for her and she lost. Her failure was soon eclipsed by the emergence of others as Katie Taylor, Natasha Jonas and the men brought back the medals for us to savor.

She has not done too badly since then…

Fast forward eight years and Tokyo 2020, which was held in 2021. Failure may always an option though for many sports people it is something they do not wish to contemplate. A young fighter, Peter McGrail, 4-0, 3 KOs, much lauded and with people expecting, goes to the Olympics filled with the hopes of a nation.

Team GB has by now, had the home Olympics with AJ, Luke Campbell and Nicola Adams in London 2012 wining gold. Then in Rio 2016, Nicola Adams did it again and we had the disappointment of Joe Joyce as our medal haul tumbled slightly. Tokyo was an opportunity to put things back together again.

McGrail was a real prospect. In 2015 he won the EUBC European under 22 championships. Then was full European champion in 2017 before managing a bronze in the worlds, the year after.

2018 was also the year of the Commonwealth Games. In Gold Coast, Australia, he managed to bring back that gold medal and expectations were building that we had somebody special.

In 2019, before the pandemic hit, he went to the worlds and again came back with a medal, the bronze, losing on a split decision to Lazaro Alvarez in the semi-finals.

By the end of the tournament, Great Britain had won 6 medals, beating the haul in London. Two of them were gold and four boxers were in finals. The golds were Galal Yafai’s and Lauren Price’s. One name was missing from the roll call – Peter’s. Peter had gone knowing what to expect as he had gone to Rio in 2016 as a sparring partner for the team. This experience gave him the impetus to get to Tokyo in 2020, but it was not to turn into a golden moment for him.

Like Marshall before him, McGrail was one of the early casualties and lost in the preliminary round of 32. Losing to veteran Chatchai-detcha Butdee who went on to lose to a certain Lazaro Alvarez of Cuba, was certainly no disgrace. Anyone getting to that level is worthy of respect and it may have hastened, Peter’s move from being an amateur into the professional game.

He does have an Olympic medal though. In 2014 he went to the Youth Olympics and brought back bronze. But now, after four successful fights in the super bantamweight division professionally he is making his way in the professional game.

His debut came in Liverpool on the 9th of October last year, 2021, with a 6 round points win against Ed Harrison. He has had 3 further contests – all of which have included stoppages. In December 2021, he was back in Liverpool stopping Engel Gomez in 2, then was in Dubai on the 19th of March to do the same to Alexandru Ionita before his last contest, back in Liverpool where he took 4 rounds to stop Uriel Lopez Juarez on the 22nd of April. Liverpool is his home patch, and we shall be looking forward to seeing what comes next for this former Everton Boxing Club amateur. As it stands, the expectations are slightly lowered than the maelstrom of the Olympics, but his own standards and his own expectations may heighten the pressure through which he needs to come if he is to match the prospects that his ability suggest. One to watch for the future? Most definitely…