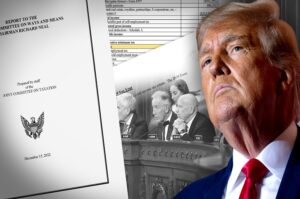 The House Ways and Means Committee will be releasing Donald Trump’s tax returns on Friday morning. This will be when the records will be placed into the congressional record this upcoming Friday.

This comes a week after the panel affirmed that “the IRS failed to properly audit the former president’s taxes while he was in office,” per CNN. The committee’s report details six years of Trump’s tax returns, and includes the former president’s claims of massive annual losses which greatly reduced his taxes.

It’s been a four year long battle that is finally coming to an end. The audit was important as it was how Democrats were able to obtain the former president’s returns. Looking forward to seeing how Trump explains this one.