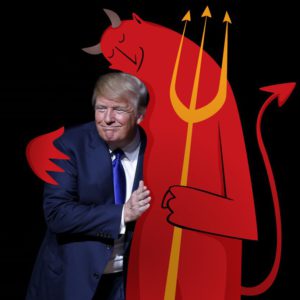 This disgusting and almost unbelievable recitation of the total and complete failure of leadership by the swine dog in the White House, his royal anusness, Donald Trump, is laid out in detail in the attached presentation which is shared with you directly from the April 11, 2020 New York Times. I know it is quite lengthy and that the ads are still therein, but this will give you, once and for all, a total, detailed and complete review of the level of uncaring indifference that we have been made to and are now suffering with, totally due to that one less than a human, Trump.

Finally, before you move on to the article, consider this:

In his unfailingly usual manner of refusing to take blame for anything—anything—and LYING about everything, he today (Tuesday, April 14th) has attempted to pin the blame for his total failure of leadership and his extraordinary indifference to the horrors he was warned about beginning as early as his taking office in January of 2017, the World Health Organization. IF there is a special place in hell for lowlife, lying scum of his level, I am certain he will meet Hitler, Stalin, Mussolini, Pol Pot and others of such despicable character, for that is the only place in which he belongs.

A lengthy but incredible look at our inept leader’s inaction.  Read the full article HERE.

Please be safe and stay well and know—with absolute certainty—that that man and that man only and solely, is totally responsible for the horror we face today.